Home Celebrity JUNGKOOK AND RM WERE ABOUT TO GIVE A KISS 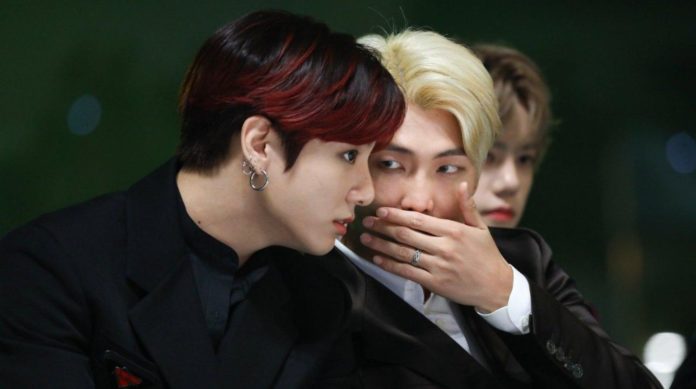 ARMY knows that Jungkook admires and loves RM very much, he even confessed that he sees him as a role model and being the smallest member of BTS he has a special nickname for him.

However, during episode 5 of “Bon Voyage,” Jungkook had a little confusion and ARMY does not understand what he was trying to do. We tell you what happened.

The boys were enjoying a thermal bath in a large tub, but at the same time they were eating and when Namjoon took a piece of what appears to be a chocolate, the “Golden Maknae” leaned forward waiting for a kiss? LOL Apparently, the idol got confused and thought RM would feed him with his hand, but it didn’t.

Some ARMY shared the moment and were very confused, it is not the first time that two colleagues in a group have this kind of fun accidents between them. In the chapter it was also shown that Jungkook nicknamed him “Rapmon Hyung”, he even told him that it will be his nickname until they are bigger. Awwwww! NamKook are the cutest!