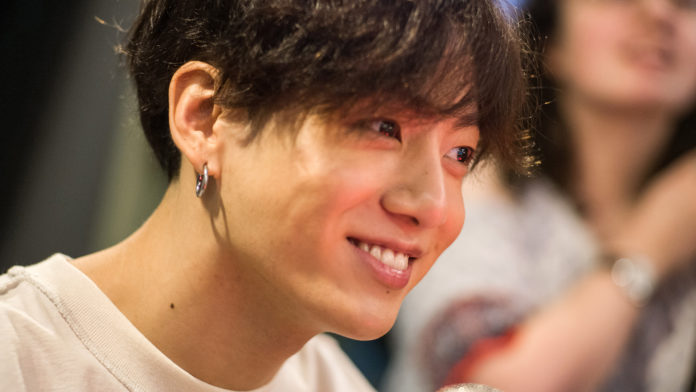 Jungkook could have a new tattoo on the his ribs. Suspicions began after the presentation of BTS in M! Countdown.

When the BTS followers watched in detail one of the most recent presentations of the group in M! Countdown, they noticed that while the idol was dancing something could be seen on his ribs.

The euphoria of the fans was unleashed at the suspicion that it could be a new tattoo, this happened while the group presented ‘ON’ at the Mnet show to compete for their fifth win, where Jungkook’s wardrobe showed a bit of your skin. The choreography of the main single from Map of the Soul: 7 caused the jacket and shirt of the idol to travel for a brief moment, where some shadows were observed on its rib.

Because some of his tattoos have already been revealed, ARMY wondered if they were new strokes that the idol had not yet shown, if that were the case, the tattoo could occupy the area of ​​his torso , however it was difficult to identify him.

While the rumor was spreading, different editions of the same video were made to be able to observe more closely if the suspicions were real. However, fans noticed that it was probably only a shadow caused by the idol muscles that were marked after straining when dancing.