Home Celebrity Jungkook lets ARMY into his room and they discover what a Marvel... 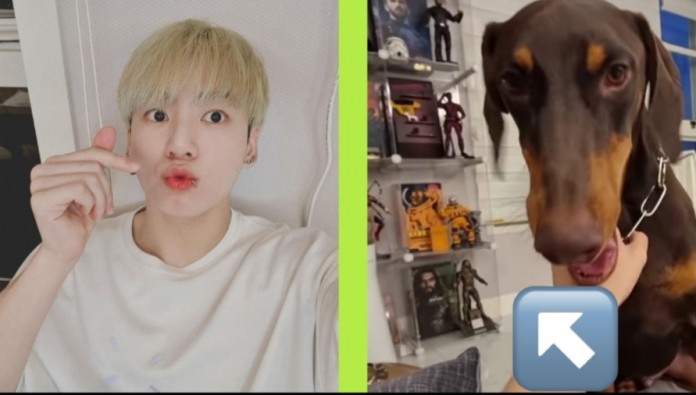 BTS announced that they would be taking an indefinite vacation, however, they have not been entirely calm for their fandom since since they opened their individual Instagram account, each member has shared a little more of their life. Such is the case with Jeon Jungkook, Bangtan’s maknae who let ARMY into his room and the fandom feigned surprise.

Recall that due to the new policies of South Korea, all people who have traveled abroad will have to be quarantined for about 10 days to prevent the new variant. BTS was in Los Angeles for almost three weeks and some of the members returned to their country and will have to comply with the confinement.

Such is the case of JK, who has shown on his Instagram account that he does not know how to use the famous Facebook application in addition to having shared some photos of Bam, his Doberman puppy that he presented in In The Soop 2. But the moment The peak of his stories was when at one point he showed his Marvel collections.

Jungkook and his Marvel collectible figures

After saying he was bored and singing to ARMY, the idol shared a funny photo of Bam in a blue shirt and to give his fandom news about his new puppy, he uploaded a video where you can see how the doberman is lying with him and gets excited when the maknae mentions name.

But after seeing it several times, ARMY detected that on the shelves on the left the idol has a wide variety of Marvel action figures. Among the characters that Jungkook has you can see Captain America, Dead Pool, Stan Lee, Aquaman and many more.

The fandom feigned surprise because they knew that the idol was a fan of comics and that he has always made it clear how much he likes them, but some say they were fond of seeing how all these dolls had their own space and were arranged in a way that only Jungkook would do. .

On the other hand, some noted that he had a ‘Dry Room’ for pets. This is a box that gives them an air bath after a hike to remove fine dust and pollutants. In turn, it helps them relax and helps them with their mental health. Some commented that it was too small for Bam but others affirmed that it was for Gureum, his puppy who unfortunately lost his sight and is in the care of the idol.

Undoubtedly, although it was only a few seconds, ARMY could see what the interior of Jungkook’s room is like and how he is so orderly with his things and his pets.