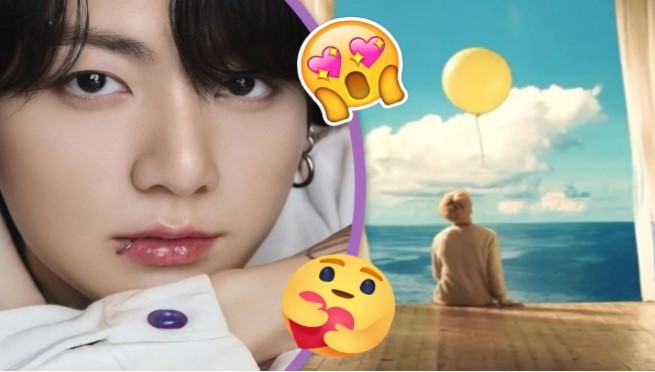 Jimin enchanted everyone with ‘Serendipity’, but especially Jungkook, his BTS partner has not stopped showing how much he loves this song.

In 2017, for the album ‘Love Yourself: Her’, Jimin specially released her song ‘Serendipity’, one that quickly became an ARMY favorite and her support for it was never lacking; The BTS member shone like never before with this composition.

With a quite relaxing tone and all the talent of Park Jimin as a singer, it was obvious that ‘Serendipity’ would captivate millions of fans, from the moment of its premiere it became a trend and would soon reach records that let us see much of the power that Bangtan Sonyeondan and its members have in the industry.

In charts in Korea, the United States, Europe and even New Zealand, ‘Serendipity’ and Jimin imminently triumphed, but mostly they did it in Jungkook’s heart, this other Bangtan member is the # 1 fan of the composition and he has shown it to us on various occasions.

To celebrate his birthday, Jin was doing a VLive when Jungkook called pretending he was Jimin, LOL, but this is not the funniest thing, the best thing is that JK sang ‘Filter’ and ‘Serendipity’ proving his great love for this second song.

Jimin would present Serendipity at some BTS concert, so Jeon Jungkook couldn’t miss any details of the performance and even attended rehearsal just to show his great fanaticism for Mochi’s song.

3. Jungkook singing Serendipity at all times

During one of BTS’s concerts, Jungkook started singing ‘Serendipity’, ARMY got excited and Jimin encouraged him to continue with his a cappella version of this song <3 awww! Also at any time, JK just starts singing it.

4. Jungkook changing the lyrics to Serendipity

BTS’s looks for their 2022 Season’s Greetings were iconic, Jimin commented that he was a ‘stray kitty’, so Jungkook changed the lyrics to Serendipity from ‘I’m a calico cat’ to ‘I’m your stray cat’, OMG! Our hearts exploded with this small but cute modification to Serendipity.

This is how JK shows his great love for Serendipity, it is his favorite song and he shows it every chance he gets.

In other news, do you want to know what Jungkook’s name means? The idol gave a good interpretation as a whole to the words that make it up.