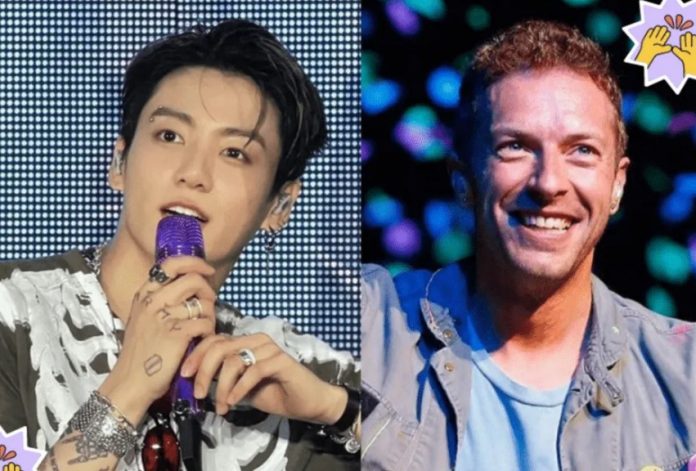 BTS and Coldplay gave us one of the least thoughtful and sweet collaborations of 2021, but what did the singer of the British band think about the talents of idols? Chris Martin praised Jungkook for his voice.

Do you think you’re the biggest fan of BTS’s Jungkook? Wait to see Chris Martin‘s compliments and reaction upon hearing of the star’s talent.

One of the least expected songs from BTS was My Universe , their recent collaboration with Coldplay touched the hearts of ARMY and all the fans of the British group, not for nothing it became an immediate success.

What did you think of the new song from the K-Pop group ? Many heard that the style made the most of the voices of each of the idols , this detail was immediately noticed by Chris Martin , who was moved and moved when Jungkook sang.

During the My Universe recordings in the studio, the Golden Maknae was too nervous, he even compared his feelings to the moment of his official debut:

It feels like when I debuted, Chris Martin is going to be there when I record my part and I’m worried about being wrong.

Although the figure of Chris Martin imposed a lot on the minor performer of Permission To Dance, he sang with confidence and giving the best of his talent, his work was so great that on the first recording, the Coldplay member noticed something special in his colleague.

When it was time for remarks, Chris Martin turned to the translator and asked him to tell Jungkook that it was awesome, as he did his part of My Universe in an incredible way.

The translator sent the message and the Big Hit Entertainment star received the praise shyly, replied with a ‘thank you, and turned his gaze to the lyrics of My Universe. Is there a cuter reaction than that?

After this sweet interaction, ARMY assured that Jungkook surely won the heart of the musician, also that he was his bias and had not had a problem in recognizing the evident vocal and musical talent of the idol.