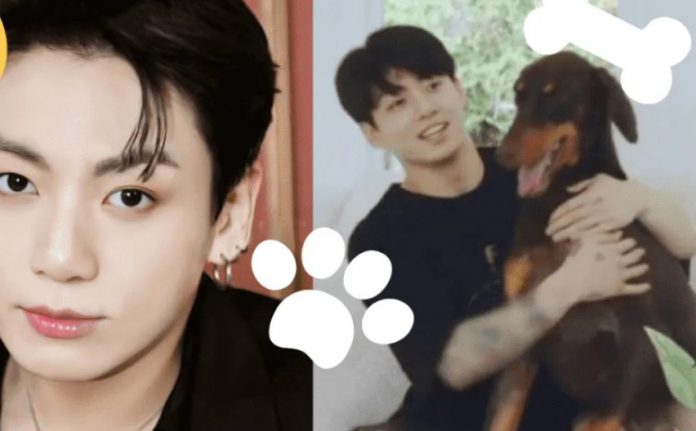 Officially, BTS’s Jungkook shared with ARMY the first images of his new puppy at the premiere of In The Soop 2.

What’s the name of Jungkook’s new pet? The youngest member of BTS introduced his puppy as a proud ‘dad’ at the premiere of In The Soop 2. Although the animal has a commanding presence, it is adorable.

Finally, the second season of the series In The Soop was released and the boys of BTS prepared thousands of surprises for ARMY, one of them was the official presentation of the new member of the family.

Jungkook of BTS joined the idols of the band with pets of their own, as he conquered the hearts of the fans with a cute dog that is already part of his life and that surely became the adoration of the fandom.

But what is the name of the new Golden Maknae puppy and what breed is it? Apparently, the South Korean celebrity chose his new responsibility very well. Learn all about BTS’s Jungkook’s new puppy.

WHAT IS THE NAME OF JUNGKOOK’S DOG? MEET THE LUCKIEST PET IN THE WORLD

In days gone by, BTS’s Jungkook showed his cell phone wallpaper and many noticed that it had a picture of a puppy, but it was unknown who it was, which piqued ARMY’s curiosity.

Now we know that it was Jeon Bam , who in words that Jungkook is almost as big as Namjoon and almost 15 times bigger than Yeontan , V’s pet. When he appeared in In The Soop 2, Jimin mentioned that he still fits in his arms. of the Euphoria singer because he is a puppy .

Jungkook confessed that Jeon Bam is a male Doberman dog, they are considered very intelligent, elegant, protective, loyal and although they have a tough or powerful appearance, they are very affectionate. The singer assured that his ‘baby’ was very handsome.

Since they are dogs that have a lot of energy, they need necessary care, that is why Jungkook sent his pet to a training center so that since he was a puppy he can learn new skills.

Because Jeon Bam is in his classes and is a little animal that requires a lot of exercise and long walks, there is no better place than the natural set of the second season of In The Soop .

Bachelorette Party: Rachel and Gabby say they were not turned against...