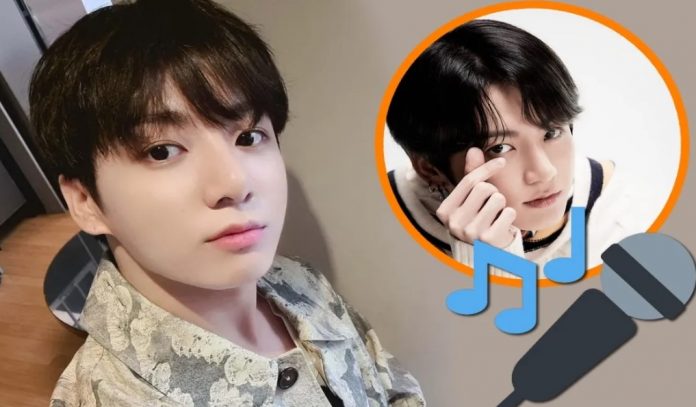 BTS made their fans happy with an online concert and Jungkook enjoyed feeling the support that ARMY gives the band. The members of BTS shared memorable moments on stage and brought their music to ARMY, the boys only had sweet words for the fans after the event.

For an ARMY, BTS songs are a source of joy, inspiration, and even courage, but if enjoying a playlist of HYBE idols is special, listening to them sing live becomes an unmissable and dreamed of experience.

Recently, the Dynamite interpreters indulged their fans with an online concert called Permission To Dance On Stage, a show that reached all over the world and allowed us to listen to several of the group’s most famous melodies.

Although both idols and fans miss face-to-face shows, this distant reunion was equally heartwarming and very exciting, so the idols enjoyed the stage and showed us their talents as they well know.

At the end of the musical show, several of the boys made posts for ARMY, but Jungkook waited a bit longer and arranged a surprise for those who support the group.

JUNGKOOK APPRECIATES THE SUPPORT AND LOVE OF THE ARMY

The Golden Maknae made a post on Weverse where he expressed his feelings because, from his perspective, he had arrived late to thank, because by that time other of his colleagues had already greeted ARMY through social networks after the PTD On Stage. He further said:

Yesterday I was so happy. Be careful not to catch a cold, the days are getting colder! See you soon.

BTS: JUNGKOOK SPEEDS HEARTS WITH HIS GOOD LOOKS IN A SELFIE

The Jeon Jungkook complemented his adorable publication with a photograph that lets us see a little more of his new look, but now with blond hair in a tone which he wore at the concert.

The good comments and compliments for the interpreter of My Time were present and the selfie-style photo went through different social networks thanks to ARMY.

The hairstyle Jungkook showed on Permission To Dance On Stage stole sighs, check out what the BTS singer looked like on the music show.