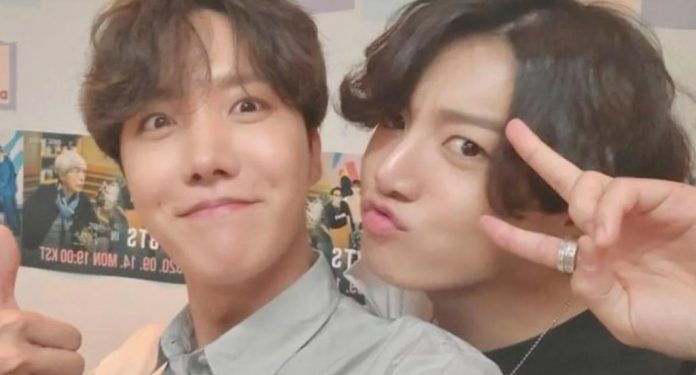 The youngest BTS member wowed Hoseok with a beautiful and artistic birthday present. Jungkook celebrated BTS’s J-Hope’s birthday with an amazing very realistic drawing of the idol, the Golden Maknae surprised fans and his bandmate with his artistic abilities.

On February 18, Army celebrated the birthday of Hoseok . Through VLive, the idol made a live broadcast, although the platform failed for a while, nothing prevented the fandom from celebrating another year of the rapper’s life .

BTS fans organized different international projects to give to J-Hope , even his image adorned several subway lines in Mexico City, one of the most used transports in the Aztec territory.

Fellow Hobi wanted to present him something to prove their love, loyalty, affection and admiration for the performer and Jungkook found the perfect way to celebrate the birthday of his colleague.

Jungkook is famous for his multiple skills and talents, one of them is drawing , the minor singer of the K-pop group is able to draw beautiful landscapes, make portraits or create adorable characters.

Through Twitter and Weverse, Jungkook published the drawings he made of J-Hope , the Golden Maknae took inspiration from the individual teasers for the English single ‘Dynamite’, to the work he gave a classic style in black and white colors .

In the description, the singer of ‘Begin’ wished him happy birthday to Hoseok , added the hashtag #HobyBdayCongrats and also made a funny pun in Korean ‘Seoksam, raccoon, he squid’ is a way of counting the number 3 to 5.

On Twitter, Jungkook’s drawing to celebrate Hobi accumulated more than 700 thousand likes in less than 1 hour after its publication, this demonstrated the power and influence that idols have on the Internet.

It is not the first that the Golden Maknae shows his talent in drawing , a few years ago the vocalist gave the rapper some personalized tennis shoes where he captured all his personality with cheerful colors and funny symbols such as happy faces, stars and decorations.

Angelina Jolie took off her clothes for Harpers Bazar Magazine