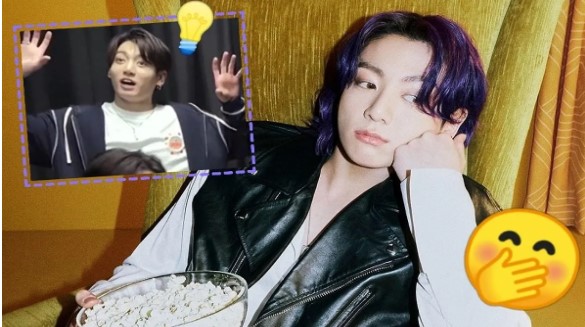 Due to the ban on screaming at South Korean concerts, ARMYs were unable to show their full excitement at the Permission to Dance on Stage concerts in Seoul. For that setback, Jungkook had the best idea not to be left without hearing the voices of his fans. Which was?

Jungkook from BTS has always shown to have a great imagination and ingenuity. And he has not hesitated to share his funny ideas with his peers. For this reason, when he found out that ARMY would not be able to shout at their concerts in Seoul, he rushed to find a solution.

The BTS maknae always makes his followers laugh with his cute and funny comments. The most recent of them had to do with the solution he gave for the fans who came to his concerts in South Korea.

Although the idea came late to ARMY’s ears, they were delighted and couldn’t stop laughing and being touched by how adorable the idol looked when he shared his idea with the group. Who also couldn’t help but laugh when listening to him, what was it that Jungkook said that caused so many laughs?

During Permission to Dance on Stage in Seoul, fans who attended the concert were strictly prohibited from talking, singing, or shouting. This as a health measure to prevent the spread of Covid-19. Measure that has been applied to all concerts in that country.

Upon learning of this measure, Jungkook sought the best solution so as not to be left without hearing the voices of ARMY and did not hesitate to share it with his groupmates. For the maknae of BTS, the perfect solution for ARMY was to record their screams and wear bluetooth speakers. This way they would connect the recording of her with the speakers and make it sound loud whenever they wanted to shout.

The idol showed great emotion by sharing his idea and couldn’t help but let his classmates burst out laughing as soon as they heard it. Without a doubt, he amused BTS a lot with the idea of ​​him. You can see the moment he said it here:

WITHOUT BEING ABLE TO YELL, HOW DID YOU SHOW YOUR ARMY SUPPORT AT BTS CONCERTS?

Even though they couldn’t scream. BTS fans who attended the Seoul concerts showed their creativity and created new fanchant. Only, instead of singing or shouting, they did it by hitting fans that made a lot of noise and were heard over the music. Showing BTS that even if they couldn’t shout their names, they would always be there supporting them. You can see videos of their fanchants here: