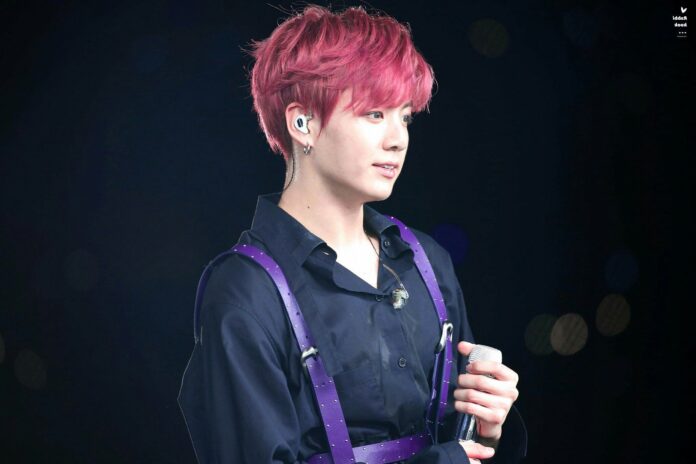 In the fourth episode of the BTS documentary series ‘Break The Silence’, Jungkook revealed what the process was to organize the instant he soars through the air while performing ‘Euphoria‘ at BTS’s live concerts.

The ‘Euphoria’ music video was released on April 5, 2018 as part of the ‘Love Yourself: Answer’ record material, the MV already has more than 59 million views on the Big Hit Labels YouTube channel.

BTS’s album ‘Love Yourself: Answer’ had a great reception from the public and was placed in important places on the music charts, breaking sales records and leading the BTS guys to perform in big venues on their world tour ‘Love Yourself ‘.

The song performed by Jungkook immediately earned the love of fans, so the idol for his live music number planned something different and incredible, in addition to demonstrating his vocal and dance quality the BTS member wanted to better connect the fans who were attending to the tour.

In the fourth episode of the BTS documentary series, ‘Break The Silence’, Jungkook said that as a joke he asked the staff to soar in his performance of ‘Euphoria’, he asked them ‘Can we do this too? ‘.

Jungkook recalled the incredible instant, ‘Euphoria’ became one of the most anticipated songs from BTS concerts, the idol of Big Hit Entertainment ended saying:

Justice League: ‘Snyder cut’ to be released on HBO MAX in...