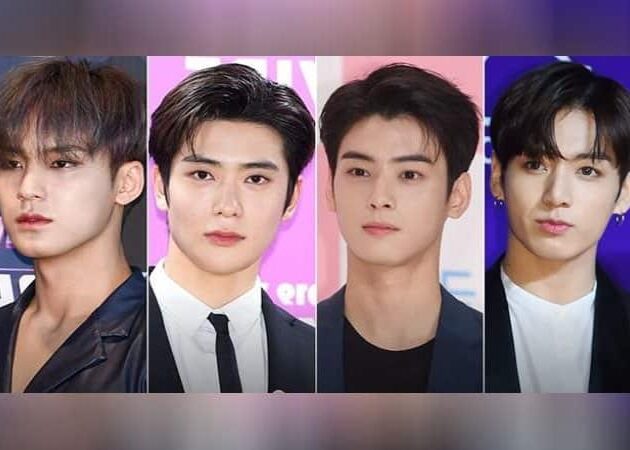 Some idols from the 97 line were recently seen spending time together in the Itaewon neighborhood in South Korea, Jungkook, Eunwoo, Jaehyun and Mingyu were the ones who attended this meeting, but why is it so important? Here we tell you everything what is behind this controversy.

They, like other idols, often get together because they maintain a good friendship, but given the revelation of their last meeting, the Korean public has not stopped criticizing those involved and pointing out their actions.

WHAT HAPPENED AT ITAEWON?
As you will remember, when coronavirus cases began to spread throughout the world, South Korea was one of the countries where cases began to increase rapidly, however, the measures taken by the governments made it possible to control this number and that little by little little is improving.

However, the Korean and worldwide authorities have alerted the population that they cannot lower their guard yet, as new outbreaks of this disease can occur. Thus, although in South Korea some restrictions have been lifted, it is suggested that social distance be maintained, avoiding crowded places and going out only when it is really necessary.

But it seems that some people took this reduction in security measures as a return to normality, that was what happened in Itaewon, a popular entertainment area in the Korean capital, where activities resumed in a normal way and gave way to a new series of infections in that country. Thus, as the numbers in Korea declined, this neighborhood continued to increase COVID-19 cases.

DISPATCH DISCLOSES THE MEETING
This Korean media outlet is popular for embarrassing many people in the K-pop industry and this time it was in charge of revealing that Jungkook, Eunwoo, Jaehyun and Mingyu had been together during a difficult situation for the country.

Some of these idols are part of campaigns that promote social distancing, so their actions were taken in a bad way by the rest of the population. Although there are many people in Korea who have started to walk the streets more calmly, because they are public figures, chaos broke out.

However fans suggest that those who made this news known were also not practicing social distancing but rather committing the same offenses. Equally, some internet users consider that the disclosure of this information is likely to be covering up other events in Korea, but while the truth is discovered, the fans of the idols involved have not hesitated to show their support.

The agencies of Jungkook, Eunwoo, Jaehyun and Mingyu issued a statement acknowledging the mistake made, indicating that these boys would be reflecting on their actions, but also reported that all of them have already been tested for the coronavirus and have given negative to said study.