Home Celebrity Jungkook had a different role in Daechwita, find out what it was 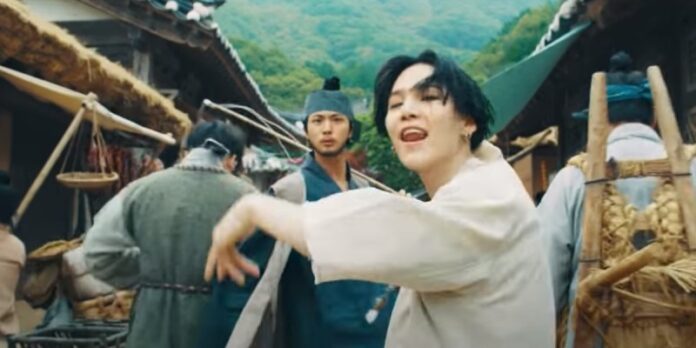 Yoongi connected on a live broadcast to exchange some comments with his followers and tell them curiosities about his most recent music release, but also revealed that Jungkook’s participation in the Daechwita video was different from what we saw on screen.

BTS is preparing big surprises to celebrate its anniversary with FESTA 2020, but before that happens, Suga wanted to talk to ARMY about how the creative process was for their second mixtape and some information about the filming of their music video, it was like this that Jungkook and Jin’s involvement came out.

Although his appearance was brief, it is one of the most iconic moments of Daechwita, but according to Yoongi, Jungkook had to play a different role, what did the BTS maknae have to do during this filming?

In the music video there is a scene where a drawing of Bang Shi Hyuk, the CEO of Big Hit Entertainment is shown and, originally, it was Jungkook who had to deploy it, however the idol did not have enough time to record said scene, so only participated in the fight with Jin.

In addition, Jin revealed that the production had three ideas for the scene of his fight with Jungkook, but in the end they chose the most fun because they believed that the fans would like it.

Felix confesses his love for desserts in a new ASMR video