Home Celebrity Jungkook demonstrates his talent for drawing in this video 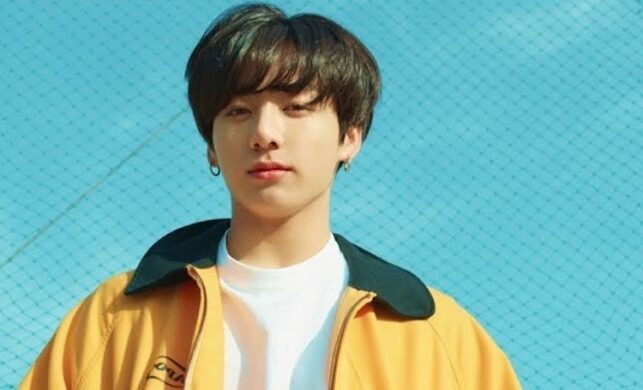 The youngest member of BTS shared with ARMY some tips to make beautiful works of art. Jungkook of BTS revealed his best tips and techniques to better draw.

The BTS singer is characterized by having many talents , he is very skilled at practicing different sports, dancing amazingly, but, there is another hobby that Jungkook loves to do and that is expressing himself through art, the Big Hit Entertainment idol enjoys spending his free time drawing .

In the most recent episode of BANGTAN BOMB Jungkook shared with all his followers the step by step of a drawing created by him, the video published on the BangtanTV channel already has more than 1 million views on YouTube.

On a large blackboard the idol began by drawing a circle to trace a crescent, then added some details to improve his design , an eye in the center of his work was the ideal touch that Jungkook gave his creative strokes .

The ‘ Euphoria ‘ singer showed his most perfectionist side when he added more elements to his drawing , such as clouds and a mysterious man sitting on the moon, his illustration was so well that J-Hope was surprised with the result and the artistic skills of Jungkook.

Hoseok asked his partner ‘Did you draw that?’ and the singer answered ‘Yes’, J-Hope commented ‘Just now?’ And Jungkook said ‘yes, now’, the idol assured that his strokes had no special meaning, he just wanted to draw .

A recent survey reported that RM is considered one of the best leaders in K-pop, the idol is characterized by his dedication, work and talent, he tries that his group always demonstrate all their skills on stage.