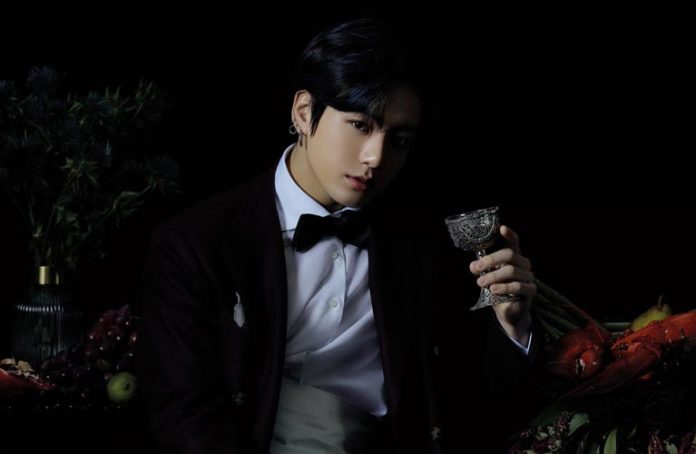 BTS surprised the ARMY with a great choreography and story for the MV of “ON” and as usual, the fandom was quick to create several theories about it, because the group played with various characters and literary and film references as part of the MOTS7 universe .

One of the things that attracted the most attention was the performance of Jungkook, who seemed to run away from something and after several assumptions, he himself revealed who his character was.

Through the Bangtan TV channel, the boys revealed the behind the scenes of “ON” . The idol described himself as a character from a medieval history , as he wore wives made with thorns and a robe.

On the plot, he said he lived in a castle, but having supernatural powers was accused of being a demon and therefore appears running in the scenes of the video, because Jungkook was expelled from town and had to flee from there.

Jungkook was not dead, as many thought, he was just trying to get safe. ARMY has praised his performance, because although the wives hurt him a little and having to dive into a lake, they were things that did not prevent him from recording.

The small but powerful Technopc Nano H485 is on sale!

ENHYPEN announced its activities on its social media

The Simpsons ‘Game’ Nearly No One Wants to Play (You Can...

TAEHYUNG BECOMES HERO TO SAVE THE LIFE OF A PERSON

Halsey has her own BTS collection like any fan