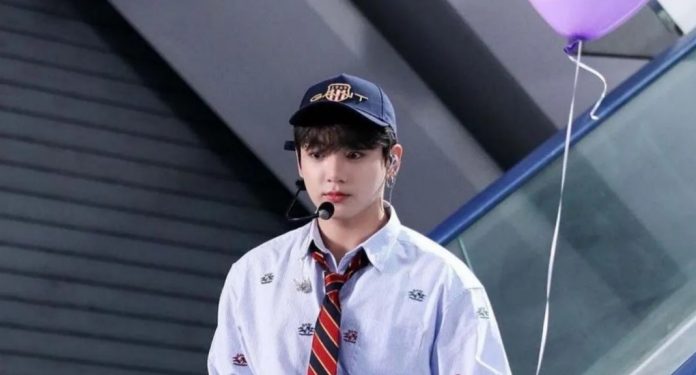 Jungkook received the love of his colleagues from BTS and ARMY on his birthday, the K-Pop star had an online party that showed the affection he has accumulated in recent years. How did the Golden Maknae celebrate its birthday?

At the beginning of September, all social networks exploded for Jungkook’s birthday, as millions of users posted messages, photos, videos, and more content completely dedicated to the K-Pop singer.

In addition to ARMY, Jin, Suga, J-Hope, RM, Jimin, and V joined the online party with unforgettable posts that stole ARMY’s heart, but most of all showed Jungkook how much they love him.

On BTS’s official Twitter account, Jimin shared two selcas of him with the Golden Maknae, in the description he added hashtags of the celebration and:

On Weverse, J-Hope shared a picture with BTS’s animated characters and asked what photo he should post, but on Twitter, he posted two sets of selfies with precious moments next to his partner, the rapper wrote:

Let’s always be healthy, our Jungkooking.

It is the birthday of our beloved little one.

RM was not far behind with congratulations on Jungkook’s birthday and on Twitter he posted a selfie of him with his partner, both appeared very funny and made faces that captivated netizens, the leader of BTS put in the description:

Did you think that the celebrant would not publish anything? Well, in the Japanese fan cafe, he fell in love with users with a letter and a special selfie, he explained that it was his ninth birthday with ARMY, he also thanked those who congratulated him for everything:

I look forward to spending my 10th, 20th, and 30th birthday with ARMY, being Jungkook from BTS.

On the other hand, Suga created a message with all his heart for Jungkook and took the group Twitter account, the Permission To Dance interpreter recalled when the little BTS member was 15 years old and congratulated him on his new year of life:

Idol Radio: A Fun Program To Learn More About Idols