Home Celebrity JUNGKOOK AND ARIANA GRANDE IN A DOCUMENTARY? THIS IS WHAT WE KNOW 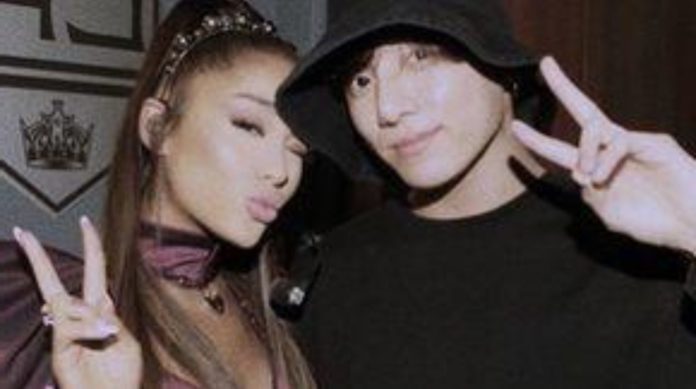 The year 2019 was one of the most successful for Ariana Grande, her songs were heard everywhere and her albums were sold a lot both physically and digitally.

Within the next projects of Ariana Grande, this 2020 a documentary is announced where fans can learn a little more about the planning and presentations of their world tour that was one of the most sold in the year, the material is named ‘ Sweetener World Tour ‘and will be available on the Netflix platform.

It was also revealed that it is scheduled to be released between the months of May and June, there will be scenes in the recording studio working on the tracks of the album ‘Thank u next’, Ariana talking about Mac Miller, behind the cameras of Photoshoot of her perfume , videos of the soundchecks and something that left the fans very impressed.

During one of the concerts of his tour, Ariana had a special guest of BTS, Jungkook was present during a presentation of Grande in Los Angeles, California, the moment was captured with a photo that Ari uploaded to her Instagram account on May 7 of 2019, with the description ‘Screaming. Thank you very much for coming to my show, Jungkook. That means a lot. I love you so much ’, fans went crazy with this post.

And now they will be more excited since it is said that during the documentary Jungkook will have a special appearance, which will be the moment in which he and Ariana meet, although it is not yet confirmed information, many fans are already waiting anxious to see the instant in which these two stars met.

Plus belle la vie: will Fabienne Carat return to the series?