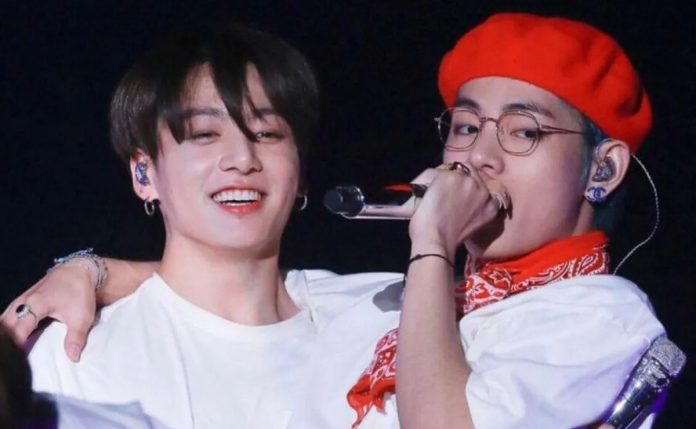 Jungkook and V managed to impress their fans with their beauty, talents, and charisma. In a recent interview, the members of the group ENHYPEN commented that the idols Bangtan Boys are an inspiration and role models.

BTS idols became important figures in the music industry, and popularity allowed them to reach all corners of the world and inspire thousands of people to follow their dreams.

The Big Hit Entertainment boy group mentored the I-LAND talent show, met the trainees who would achieve their goal of being part of ENHYPEN, and taught them valuable lessons about the idol career.

Recently, the guys from ENHYPEN were special guests on the MBC Radio show, where they talked about various experiences in the world of K-pop and its greatest role models.

ENHYPEN CONSIDERS BTS’S V AND JUNGKOOK AS AN INSPIRATION

Sunoo was questioned by his role model, the singer originally from the city of Suwon in South Korea revealed that since he started with his dream of being an idol he saw Taehyung as a powerful and talented artist, so he it is an inspiration.

He is much nicer than he thought, I was nervous when I met him

Ni-Ki commented that he would like to go out to eat something with Jungkook, he would settle for any dish or preparation, the only thing he would need to have a good time would be the company of the interpreter of ‘Dynamite’:

With him any menu would be fine

Heeseung asked to go to lunch with the Golden Maknae and Ni-Ki, he explained that whenever he practices his vocal technique he listens to Jungkook’s songs to have a better register. The MBC Radio MC told them to send a message to the BTS member.

Ni-Ki’s message to Jungkook:
You are very nice, and I always wear the Hanbok that you gave me, I am very grateful

Cardi B At Fashion Week: She Reveals Herself In A Total...