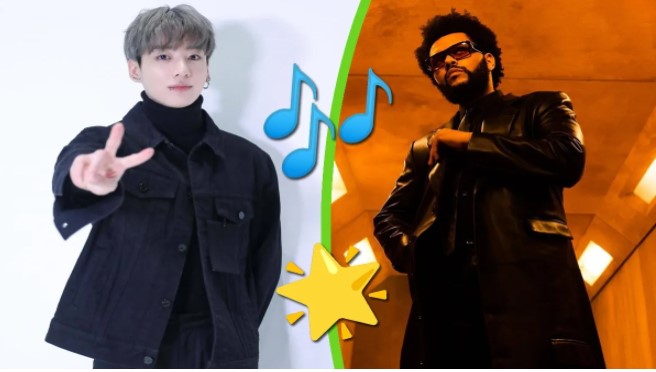 Jungkook and The Weeknd’s most recent music releases achieved outstanding success, which is why they now share a record on Spotify that shows their great reach.

Recently, Jeon Jungkook from BTS released his individual profile within the music platform, this happened with the premiere of Stay Alive, a melody that the idol performed for the soundtrack of the group’s webtoon called 7 Fates Chakho and ARMY has not stopped showing him his singer support.

As soon as the song came out and the Spotify account was revealed, the figures for both of them started to increase drastically, but now it has been revealed that the debut of this song has given Jungkook a great achievement.

The coolest thing is that the artist from the world of K-Pop shares his new brand with The Weeknd, the singer who recently also presented his new record material, what record is it?

JUNGKOOK AND THE WEEKND HAVE THE BEST DEBUTS ON SPOTIFY

The Stay Alive song has been placed among the best debuts within Spotify Global for this 2022, but the same goes for the Dawn FM album by the Canadian.

These artists are the only singers in the top 5 of the list, where The Weeknd occupies the first 4 positions with tunes like Sacrifice, Gasoline, How Do I Make You Love Me? And Dawn FM, while Jungkook climbed to fifth position with the single Stay Alive. WOW!

These are apparently the only two musical acts of 2022 so far whose new releases surpassed 4 million streams in their debut on the Spotify Global chart.

THE IMPACT OF JUNGKOOK’S STAY ALIVE

Although the success of this song by BTS’s Golden Maknae has proven his great popularity in the music world, it is even more surprising because it is not a promotional single in his career, but an OST for 7 Fates Chakho .

Through the episodes of that story different songs will be revealed and Stay Alive was the first of them, are you excited to hear the rest of the songs on the soundtrack?

On the other hand, we tell you that Rosé from BLACKPINK has already finished her recovery and will be released from quarantine, find out the details.

Kanye West compares Kim’s split to the death of the queen?