Home Entertainment Jungkook And Lisa Bominated For The MTV VMAs 2022: In What Categories... 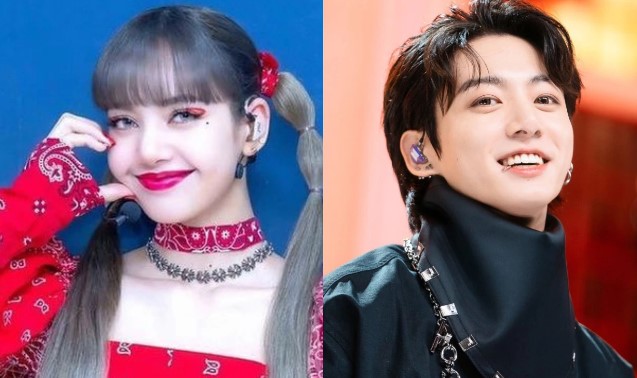 The new edition of the MTV VMAs will be historic for several reasons. These include the first nominations as soloists for Jungkook and Lisa, respective maknaes of BTS and BLACKPINK, in the entire history of these awards.

The youngest members of the world’s top Korean groups will each seek to hoist their first individual award from the Video Music Awards. In which categories do they compete and against whom?

Lisa Manobal got her nomination for “Lalisa”, the lead single from the self-titled single album with which she made her solo debut and took over the platforms in September 2021. Hand in hand with this mention, previously revealed in July, the famous 25-year-old Thai years ago she became the first K-pop solo artist to be nominated for a VMAs.

Although the most followed Korean pop idol on Instagram is one of the favorites, victory will not be easy, since she competes against BTS for “Yet to come”, SEVENTEEN for “Hot”, TWICE for “The feels”, ITZY for “ Crazy” and Stray Kids for “Maniac”.

Best K-pop is among the categories of the 2022 MTV VMAs, whose results are defined by public votes, but we tell you that the poll for this and other sections revealed in July officially closed on August 19. Here is also the metaverse, which BLACKPINK and BTS disputed in the same way.

However, BLINK can still support the YG girl band to win the award for the best group of the year. Once again, here they are measured against the Bangtan boys, as well as Silk Sonic, Måneskin, Imagine Dragons, etc.

Voting for said competition, whose nominees were revealed on August 19, starts on the 22nd of that month on the awards website and you need to log in to participate.