Home Celebrity Jungkook and J-Hope use RM’s merch and put their designs to the... 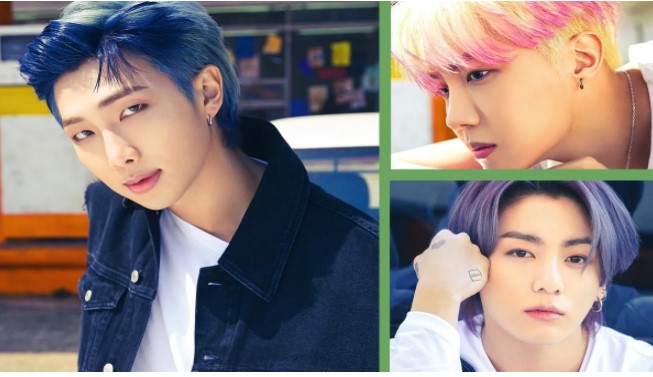 RM’s creativity this time was embodied in a merch line, what do J-Hope and Jungkook think of the pieces chosen by the rapper? See how they put each of them to the test.

Recently, the boys of BTS have launched new products that many ARMYS would like to have, these are official merchandise items, but in addition to wearing something from the line sold by the group’s company, this time you will be showing off the creativity of these idols.

The HYBE singers were in charge of creating all these items, they collaborated on the designs and gave suggestions for them to be made as they envisioned.

In RM’s case, he opted to throw in a wind chime and jogger-style sweatpants, which are available in two colors, but to show that it will be a good buy, some Bangtan Sonyeondan guys were able to test the items ahead of time. .

The promotions for these items have been really fun, as clips named ARTIST-MADE COLLECTION ‘SHOW’ BY BTS were released, where the K-Pop band members present the items they created.

The clips are all in the style of a commercial on a sales show, which is why J-Hope and Jungkook participated as models using Namjoon’s merch. The Golden Maknae was in charge of wearing the joggers, so they exercised by testing how practical they are.

In the same way, Hoseok portrayed a relaxing vibe that having a wind chime offers you while spending time at home, convincing anyone to purchase such an item.

BTS HAVING FUN BEFORE RM QUALITY TESTING WITH HIS MERCH

One moment that didn’t go unnoticed was when, like a seasoned salesperson, RM brought up the important parts of the pants, including roomy pockets, the ARMY crest, and even ribbons that tie on the inside.

However, everyone laughed when he insisted that unlike other joggers, this garment did not stretch at the knees, but when he tried to demonstrate it everyone laughed because he ended up saying that it actually did stretch but only a little. LOL!

In other news, Jimin shared what his biggest wish is for 2022 together with ARMY and BTS fans could not star more according to the singer’s expectations, what did he say?