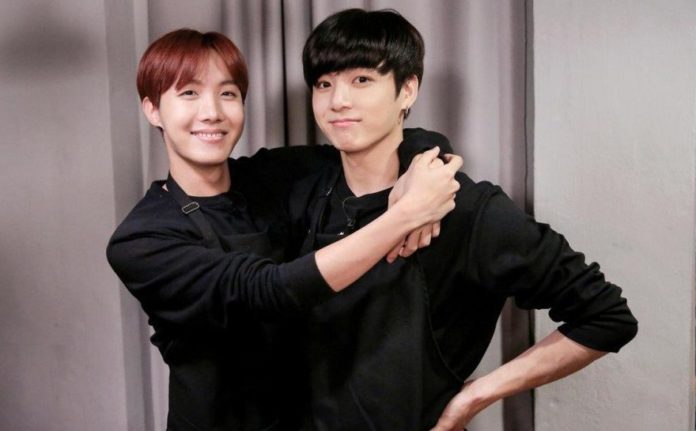 The boys share something that only they can understand.

The boys of BTS have been together for more than 7 years, not only have they fulfilled their dreams on stage, the group fought while they were trainees to become idols.

The moments they have lived has allowed them to form various bonds of friendship and brotherhood, some are closer to others, as in any group of friends, there are things that they only share with each other and it is an element that characterizes their friendship . We tell you what joins J-Hope and Jungkook.

ARMY has witnessed the memories that BTS have at different times, from concerts, reality shows or while waiting in the dressing rooms, but it is thanks to the behind the scenes that the fandom can learn more about them. Do you and your bff share something special? Kooki and Hobi have a way to keep their secrets safe: a language of their own.

BTS has some homey videos to share their day to day, in one of them J-Hope and Jungkook are shown speaking in code, apparently, it is about making some strange sounds, but they manage to understand perfectly what the other says.

When you spend so much time with a person you know everything about him, what bothers him, what he likes the most and with a simple glance you understand what is happening to him. Just like the F language, boys just babble different sounds , what does it mean? Only they know or it could all be a joke.

The truth is that in the video it seems that something very important is really being said. Do you have some kind of coded communication with your BFF? BTS has undoubtedly shown that they have different ways of communicating, they are not with the music and their lyrics, they also invent their own language, not for nothing is there the “I purple you”.

See how the stars are preparing for the Emmy ceremony

Zendaya dazzles with her look for the 2020 Emmy Awards

Khloé Kardashian validates the song “Drunk in Love” by Beyoncé!

Ash could get a new Pokémon egg