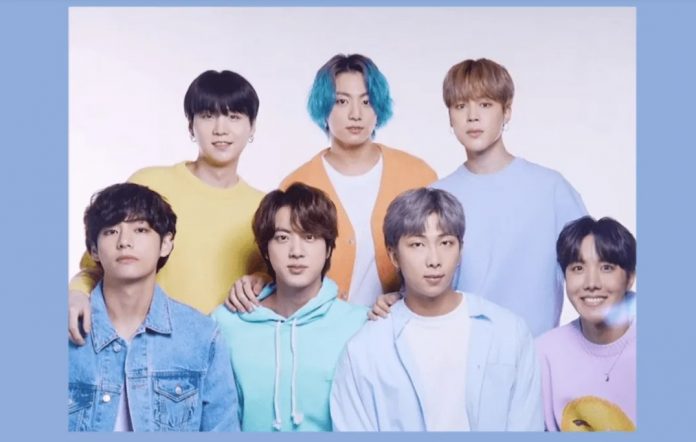 Kim Min throughout her career, BTS members inspired athletes like this girl who showed that she is a true ARMY. A talented Korean athlete in ARMY, she herself confessed how BTS idols supported her in her long and arduous workouts, she even shared her favorite songs from the K-Pop band.

Many celebrities, public figures, politicians, and renowned athletes confessed that they are part of the BTS fandom, they joined because of their music and messages, but that they stayed with them because of the personality of the boys.

Despite the situation in the world, the Tokyo 2020 Olympics was held a long time ago and high-performing participants demonstrated their love for singers and rappers, even their songs were played in competitions.

Now, a famous athlete who belongs to the South Korean national team assured that one of her inspirations for her training, sporting events, or activities are the members of BTS, especially Jungkook, who is it?

Through the Instagram platform, South Korean rhythmic gymnast Kim Min performed a dynamic in which her followers asked her details of her life as an athlete and also personal questions.

The girl who is part of her country’s national gymnastics team shared that her favorite entertainment star is Jungkook, we could say that the Golden Maknae is her bias within Bangtan Sonyeondan.

Kim Min explained that she is a fan of the rest of Big Hit Entertainment artists, even their songs are like a fresh and comforting breath during their workouts, she added At My Worst to her Instagram playlist.

Perhaps the secret of the success of the flexible Korean athlete that is ARMY is that before going on stage in any competition in her discipline she listens to Mikrokosmos, a song with great meaning for fans and BTS.

In other BTS news, the idols shared a behind-the-scenes video and RM had an adorable fall that his colleagues will never forget.