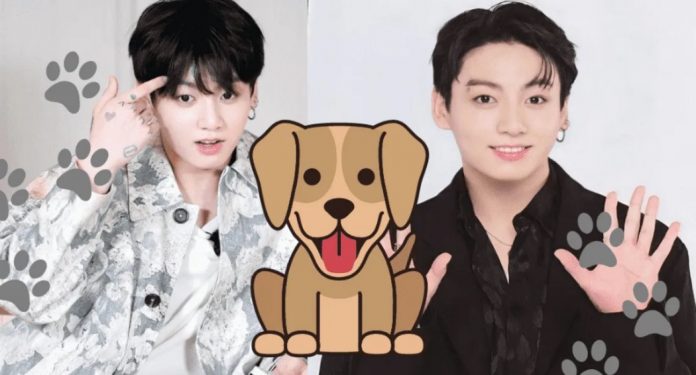 BTS’s Jungkook adopted Bam, with his gestures showing his respect and love for animals, which aroused the admiration of ARMY.

Jungkook of BTS became the father of Bam, the puppy could not be in better arms because its owner showed great respect for the nature of these animals, especially the breed of his pet.

At the premiere of BTS In The Soop 2, Jungkook introduced Bam as the newest member of the family, the little dog won the love of fans with his funny personality and stylish looks as well as powerful.

The new pet of the Golden Maknae is of the Doberman breed and is a male, these animals have a lot of energy, they were created to take care of their owners, that is why they are characterized by being protective and affectionate.

Despite the fact that these pets suffer from physical disorders, Jungkook kept Bam’s look natural, which raised the theme of animal welfare, respect, and affection for our best furry friends.

BTS’s Jungkook Is Proof Of Responsibility As Bam’s Owner

When the first episode of the second season of In The Soop premiered, BTS fans were amazed by Bam’s beauty, but also by how responsible and loving Jungkook was as the owner of such a special breed.

Many people are used to cutting the ears and tail of Doberman dogs, the procedure is done to make the appearance of the animal more pleasant, and sometimes it is done without anesthesia. In different countries, it is classified as animal cruelty.

The images of Bam running around and BTS’s Jungkook giving him his love had a sensational impact on all social media and online communities, as the idol received hundreds of compliments for his actions.

Now, Bam, in addition to being one of the luckiest dogs on Earth to have the Euphoria singer as his owner, is a faithful representative that beauty is everywhere and there is nothing better than respect and love for animals.

How Many Pets Does BTS’s Jungkook Have?

Bam is Jungkook’s newest dog, but before he took sweet care of Gureum, a completely different pet from the Doberman, but just as affectionate, cuddly, and friendly. Did you know that their names are connected?

God of War Ragnarok Keeps The Camera ‘uncut’ From The Previous...