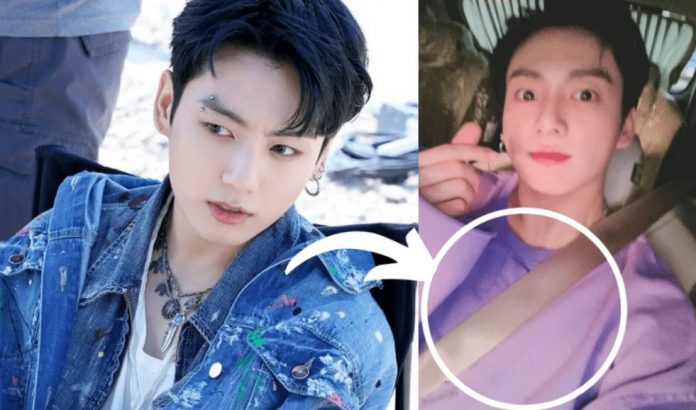 BTS’s Jungkook was accused of ‘manipulating the profits of his brother’s company with his popularity. Following criticism for alleged misleading advertising with Six6uys clothes, a person accuses BTS’s Jungkook before the Fair Trade Commission and ARMY defends the K-Pop idol. What happened?

At the end of September this year, Jungkook resigned as the director of Six6uys , a clothing company founded by his own brother, this after receiving a wave of criticism for ‘ misleading advertising ‘.

For the public, the accusation against the minor member of BTS was a surprise because on previous occasions, he had worn clothes from other brands and its effect on sales was immediate, exhausting them in seconds, so what happened?

Many netizens assured that by having interests in Six6uys (as the director and shareholder) he made a play by wearing a garment of the brand so that sales will rise, advertising without announcing it. This sparked a debate between those who claimed that the accusations were exaggerated and others who went a step further.

WILL BTS’S JUNGKOOK BE INVESTIGATED FOR MISLEADING ADVERTISING?

According to South Korean media, a social media user filed a report against BTS’s Jungkook for false advertising with the South Korean Fair Trade Commission because the idol used brand clothing to ‘manipulate the profits’ of Six6uys by not specifying that it was advertising for his brother’s company.

In addition, he assured that he wore the same brand shirt in different colors and shared a photo with the garment on Twitter. In statements by the person who accused Jungkook this “could lead to an increase in profits beyond imagination.”

One of the reasons this person made the report is because he believed that the Jungkook incident ‘could harm a free and fair market’, so he requested a full investigation.

ARMY reacted with unconditional support for the Big Hit star, on social networks with the mention BIGHIT PROTECT JUNGKOOK, they asked the company to take care of their artist from haters or anyone who defames him. So far there are no official statements from HYBE or Jungkook.

6 Brazilian Games That Are On Xbox Game Pass