Home Celebrity Jung Hoyeon will have a new series, know everything about Disclaimer 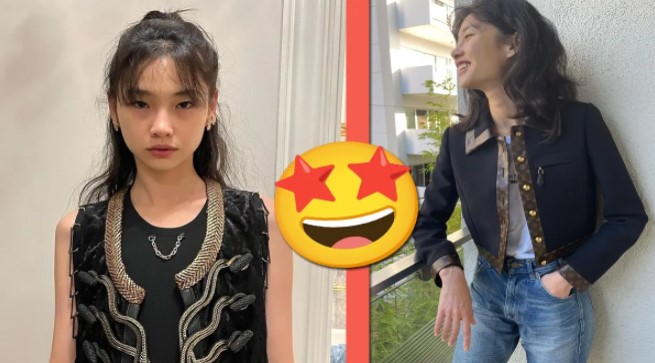 The model and actress Jung Hoyeon will take her talent from Korea to the world, as she is preparing a new series with international talent that you will not want to lose sight of, we will tell you what is known so far.

Her performance in the Netflix drama Squid Game not only brought Hoyeon to international stardom, it brought her recognition, made her a guest of multiple award shows, and of course opened new doors for her to showcase more of her skills. .

Until a few weeks ago we still saw Jung Hoyeon and other members of the cast of The Squid Game receiving awards abroad for their work in the series, but little by little each one has revealed what their next projects will be and this girl already has in mind where you will act next.

It has been revealed that the Korean actress will act in a new series, but this time outside the world of K-Dramas, find out all the details.

The Korean model will be part of the cast of Disclaimer, a suspense series based on the novel by Renee Knight. This is one of the new productions that will be launched on Apple TV + and will also have Alfonso Cuarón as director.

Disclaimer tells the story of a journalist named Catherine Ravenscroft, who one day while reading a novel she recognizes herself as one of her characters, but the story leaves her in shock.

THE CAST AND CHARACTERS OF DISCLAIMER, JUNG HOYEON’S NEW SERIES

Among the cast members we will have Cate Blanchett as the protagonist of the story and she will be accompanied by Kevin Kline, Sacha Baron Cohen and Kodi Smit McPhee, as well as of course Jung Hoyeon.

The Korean actress will play an ambitious and committed young woman who believes that working alongside Catherine Ravenscroft will lead to her success.

Recently we also told you some curiosities about actor Jung Hae In, the protagonist of Snowdrop has many interesting details throughout his career.

BTS’s Jungkook proves that COVID is not his rival