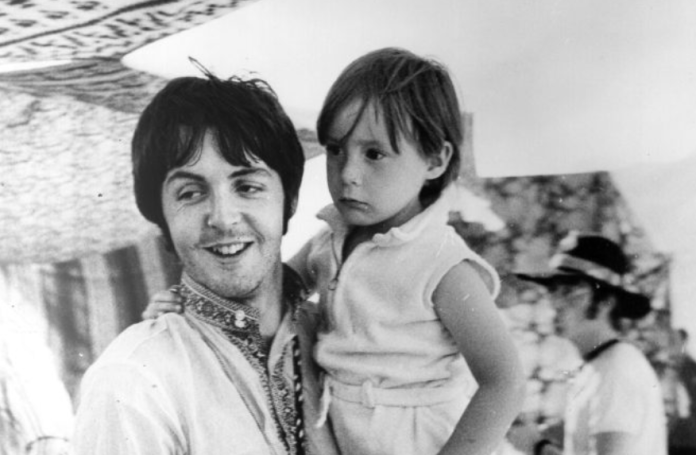 John Lennon’s son Julian said that the iconic Beatles track “Hey Jude” is for him a “gloomy reminder” of the past.

Speaking to iHeartRadio in a new interview, Lennon talked about how he feels “grateful” for McCartney’s support during a difficult time, and now the song has both good and bad memories when he looks back.

“As grateful as I am to [Paul] for his support in writing this song, a lot of people don’t realize that it was also a grim reminder of what really happened,” he said.

Of his mother, he added: “She was the whole and end of my life for me, and it was about taking care of her, still makes her proud.”

Earlier this year, Julian revealed how he was initially “shocked” by Paul McCartney’s recent virtual duet with his late father.

At the beginning of his North American tour and again at Glastonbury, McCartney performed a virtual duet with his former Beatles bandmate thanks to technology created by the director of The Lord of the Rings and The Return, Peter Jackson.

At the concerts, McCartney and Lennon exchanged verses in the song “I’ve Got A Feeling”, and Jackson singled out Lennon’s vocals for collaboration. “I have a special little thing here,” McCartney said when introducing the track. “One day Peter Jackson calls me and says he can take John’s vocals and isolate him so you can play live with John on tour. He said, “Do you like it?”

“I watched it on YouTube — and I kind of said, “Errr… I don’t know if I’m comfortable with it,” Julian said of his reaction, adding, “It shocked me.” He further added that it was hard to see how his father “came to life” thanks to the performance, but he liked the spectacle at Glastonbury.

Earlier this summer, Julian released an official cover version of his father’s hit “Imagine”, and the proceeds were donated to help refugees in Ukraine through Lennon’s non-profit organization The White Feather Foundation for Global Citizen.

Last year, Julian said watching a new Beatles documentary, Come Back, was a “watershed moment in my life” that “made me fall in love with my dad again.”

Elsewhere, John Lennon’s killer Mark Chapman said this month that he shot The Beatles because he “wanted to be somebody and nothing could stop it.”

Chapman shot Lennon on December 8, 1980, as he and Yoko Ono were returning to their Upper West Side apartment. Chapman then remained at the scene until police arrived, and later pleaded guilty to second-degree murder. He was sentenced to prison from twenty years to life imprisonment. Chapman was denied parole for the 12th time last year, and transcripts of the hearing are now available.

Pac-Man and Hello Kitty come to life in AR on Google...