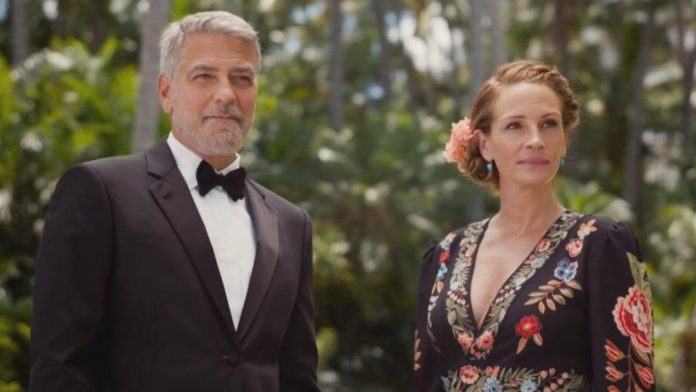 Julia Roberts and George Clooney reunited, but their characters are not happy about it.

The world-famous actors star together in the movie “Ticket to Paradise”, which marks their long-awaited return to romantic comedies and reunion on the movie screen six years after they last worked together in “Financial Monster”. Thanks to the recently released official trailer, fans have seen their new roles for the first time: exes cross paths at their daughter’s wedding, and they’re not thrilled about it.

“The worst 19 years of my life,” Clooney’s character jokes in the trailer. “I’m counting on recovery.”

Despite their ill-fated marriage, they team up to trick their daughter (played by Caitlin Dever) into leaving her fiance as they think she is making a mistake.

While in Bali, the two embark on a path of intervention covered in quarrels over a divorce. But will their island time spark them? Time will tell!

Roberts recently explained to The New York Times that it was thanks to this film that she finally starred in another romantic comedy. “People sometimes misinterpret the amount of time that has passed during which I have not acted in romantic comedies as my unwillingness to act in them. Crazy fun, I would do it. They didn’t exist before this movie I just made, which Ol Parker wrote and directed,” she said, referring to “Ticket to Heaven.” “But even so, I thought: well, a disaster, because it only works if it’s George Clooney. So George felt that it only works with me. Somehow we both managed to do it, and we went.”

“Ticket to Paradise” will be released in theaters on October 21.