Home Entertainment Jujutsu Kaisen: Why can’t Gojo Satoru be the strongest character in the... 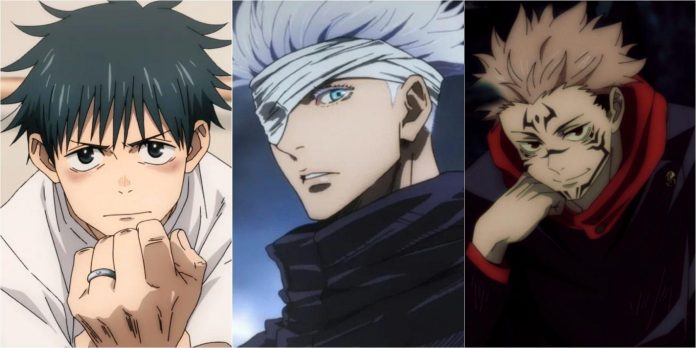 Undoubtedly, Gojo Satoru is one of the main characters of ju-jutsu kaisen. The gray-haired character turned out to be a formidable jujutsu wizard, capable of defeating the strongest curses and the most powerful jujutsu wizards. Again and again, Gojo has demonstrated his fighting skills in various sensational fights in both anime and manga.

Starting with his technique “Limitless” and ending with “Six Eyes”, Gojo tops the charts of the world of witchcraft and cursed spirits. His ultimate ability, nothing more than the expansion of the “Unlimited Void” domain, shocked fans after his debut in the fifteenth chapter of the manga (Episode 6 — anime), giving fans an idea of what he is really capable of. Despite the fact that Gojo is extraordinarily strong, there are characters in the series who can match him now or later due to their enormous potential. So let’s go through these three amazing characters.

Yuta Okkotsu, the main character of Jujutsu Kaisen 0, made a lasting impression on fans with his deep abilities and cursed techniques. Of all the notable features of Okkotsu, his huge cursed energy stands out the most. For an ordinary jujutsu wizard, the cursed energy is a lifeline, as it supports his techniques of exorcising cursed spirits. Therefore, having a huge amount of this cursed energy is a bonus. With boundless cursed energy, applying cursed techniques without worrying about the backlash becomes a matter of course. For the record, Yuta Okkotsu currently possesses the largest amount of cursed energy in the series, even more than the legendary Gojo. This allows him to skillfully use many powerful cursed techniques, especially the revered reverse curse technique. The reverse curse technique allows Yuta to heal himself after heavy battles or during a tough fight, increasing his stamina.

In addition to his already impressive witchcraft set, Utah has Rika, a powerful cursed spirit known as the “Queen of Curses.” Like his contractor Yuta, Rika has an immeasurable amount of cursed energy. Even Gojo Satoru warned Yuta that if he couldn’t handle Rika skillfully using his sword, he shouldn’t release the terrible cursed spirit. Similarly, Suguru Geto, one of the best sorcerers who can control spirits, could not manipulate Rika. After the failure, he stated that once Rika was under full control of Utah, his strength would increase dramatically, making him a world-class threat if he succumbed to villainy. Even without Utah’s influence, Ricky’s instincts are aimed at protecting Utah, so on a normal day, a sorcerer has a dangerous bodyguard.

Yuta Okkotsu is in his second year, which means that he still has a lot to grow as a sorcerer. Therefore, it is possible that the young sorcerer will surpass Gojo in the near future, given that he has remarkable potential and exceptional cursed energy.

Megumi Fushiguro and his boundless talent?

In the anime, you probably noticed Megumi’s talent as a sorcerer. From the first few episodes, the demon god Sukuna recognized Megumi’s talent. The first thing worth noting about the character is his Ten Shadows technique, which he activates without using seals — the usual way to summon shadows. Even Gojo Satoru noticed that Megumi could surpass him as a jiu-jitsu sorcerer. In episode 23 of Jujutsu Kaisen, Megumi managed to create an incomplete domain extension, but was still able to defeat a special-level curse, Finger Bearer; an impressive feat considering his freshman status. However, in the manga, the true potential of expanding his domain was noted among curses and sorcerers, allowing him to create a double and simultaneously launch attacks using the Ten Shadows technique.

Megumi surprised readers again after summoning the Eight-Armed Divergent Sword of the Power of the Divine General Mahoraga, the strongest Shikigami that exists in the Ten Shadows technique. No Ten Shadows user has ever managed to control this monster, so being able to summon it is nothing short of a feat. Sukune on his 15th finger managed to kill the constantly evolving cursed spirit after repeatedly using the domain extension, making sure of the remarkable power of the cursed spirit. Sukuna could have easily killed Megumi several times. However, he always hesitates to kill him for one main reason: Megumi’s potential.

Knowing Sukuna, he wants to fight in a battle that he likes, and he decided that Megumi would provide him with just that, so it can be concluded that Megumi’s peak as a sorcerer will rival or even surpass Gojo Satoru.

Sukuna is the main antagonist of the series, so it’s clear that his “hack” as a character will be amazing. After eating just a few fingers, the audience was able to look into the abilities of the characters.

Assassin’s Creed Valhalla | What Role Will Eivor Have In Dawn...