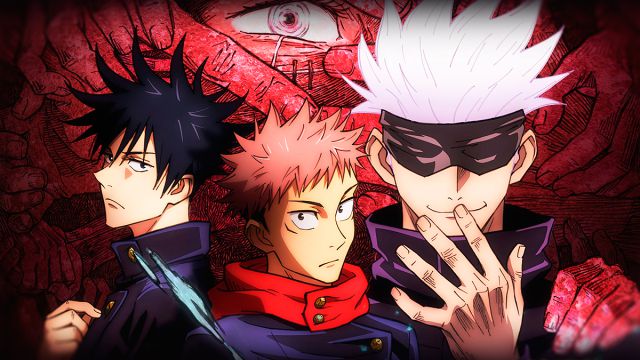 One of the Shōnen that is in fashion this season is Jujutsu Kaisen, so here we tell you its keys and how you can read the manga and watch the anime.

The shōnen genre of manganime is one of the most popular since the origins of the medium. Varied and charismatic characters, epic fights against monsters or very powerful beings, long seasons with many chapters to fully immerse ourselves in the exciting universes they create and other keys are what make them succeed. Specifically, in this initial season of 2021 the anime that is most fashionable is Jujutsu Kaisen. It is available on Crunchyroll, in addition to Manga Plus, so we can find it with subtitles and translated into Spanish without problems. Next we will tell you everything about this manganime so that you can give it a try if you still do not know it.

At the beginning of this month of March, specifically on the 5th, three years have passed since the initial publication of the first volume of Jujutsu Kaisen. Created by the 29-year-old mangaka Gege Akutami, he made his debut in the world by publishing a 45-page one-shot called Kamishiro Sōsa, which was published in Jump Next vol. 2 of 2014. For a few For years he focused on releasing several one-shots until he finally found the key to success by publishing the first volume of Jujutsu Kaisen in Shonen Jump No. 14 of 2018. The idea for the series was a direct sequel to his work. previous, something that we can easily verify when we look at the style of the characters and the theme of their one-shot: Kamishiro Sōsa, No.9, Nikai Bongai Barabarjura and Tokyo Metropolitan Curse Technical School.

At this point we must look at a couple of key details in the formula for his early success. To begin with, all those stories that have a space reserved in the Japanese magazine Shonen Jump (published weekly since 1968) will reach a high number of readers around the world, since they distribute approximately five million copies each week. Thanks to this huge implementation in the market, mangakas who manage to get their volumes published in the magazine ensure that they reach a large readership base. Works like One Piece, My Hero Academia or Hunter x Hunter, among many others, were originally published in Shonen Jump before going on to have their own tankōbon.

When it comes to animation, the studio behind Jujutsu Kaisen’s impressive visual style is MAPPA (Maruyama Animation Produce Project Association), whom we will know for their work on anime like Kakegurui, Yuri !!! on Ice, Zombieland Saga and the acclaimed final season of Shingeki no Kyojin. Being a studio with more than nine years of experience and great productions behind it, there is no doubt that the Jujutsu Kaisen anime is in good hands.

Stray Modder will add your cat to the game