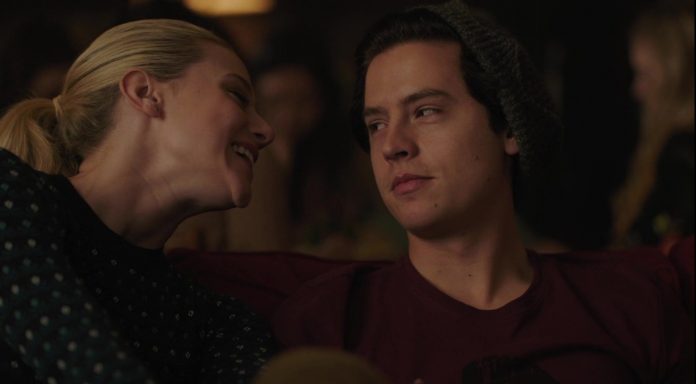 The CW series Riverdale will see a major shakeup next week with its seven-year jump. The first three episodes of the current series tied up the loose ends that remained from the fourth season.

Jughead and Betty really split up?

The latest episode of Riverdale saw Betty tearfully admit to Jughead about kissing Archie, leaving him shocked and upset. Jughead and Betty admitted that they still loved each other and always would, so it seemed like the couple was still around.

Betty later told Jughead that she and her mother Alice Cooper (Mädchen Amick) were going on a trip to Yale early. By the looks of it, it was all on a good note, but when Jughead returned a year later, it was clear that things had changed in Riverdale.

Pop Tate (Alvin Sanders) tried to comfort Jughead and said that his friends were possibly too busy to get together, including Betty. This would suggest that Jughead and Betty had split up.

Likewise, Archie and Veronica’s separation was far less dramatic than it could have been. Sadly, the pressure to pretend became too much and spilled over into Jughead and Betty’s Riverdale romance.

After the seven-year time jump, Jughead has been confirmed to be dating someone completely different than Betty and viewers don’t know which actress will take on the role.

Although details about Jughead’s new time-jumping relationship have been released, it’s less clear if Betty has found love. Likewise, it’s unclear if Archie also found a new girlfriend after he and Veronica broke up.

See Also
Cole Sprouse could he in turn leave the Riverdale?

During this time, Veronica will have married a Wall Street worker named Chad Gekko (Chris Mason), but their relationship will not be happy either. There has also been speculation that Archie and Betty could finally reunite in Riverdale.

Hannah Palmer recently fascinated us with her incredible pose