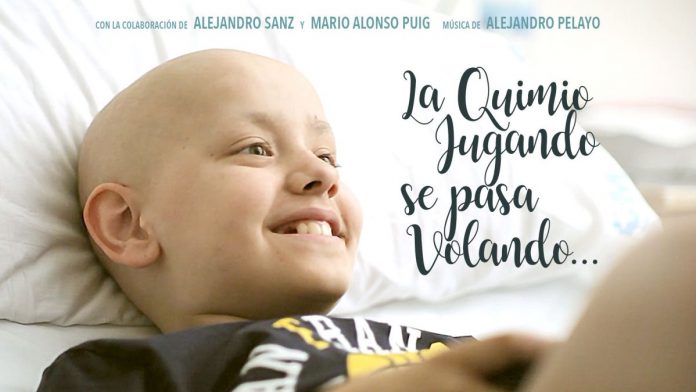 The Juegaterapia Foundation presents a documentary based on a scientific study carried out at the Hospital La Paz in Madrid. Now available via streaming.

The Juegaterapia Foundation presents the documentary La Quimio Jugando Se Pasa Volando, a work that highlights the effects of playing video games during the chemotherapy process. Alejandro Sanz forms a special collaboration with the foundation, who gives voice to the narration. In this way, Juegaterapia wants to make society aware of the benefit that the use of video games has for children with cancer. The documentary is already available through Amazon Prime Video and Filmin.

The study, carried out at the Hospital La Paz in Madrid, found a 20% decrease in morphine in children and a 14% increase in parasympathetic tone, responsible to a greater extent for the recovery of the body, which translates into a cure more favorable. It does so on the basis of pediatric cancer patients with post-chemotherapy mucositis. Juegaterapia affirms in a press release that these results suggest “that video games could be included as a non-pharmacological analgesic in pediatric oncological mucositis” to form part of the “health care protocol for these patients.”

The documentary has the real testimonies of several of the admitted children, such as Dani, Mario, Estephany and Marcos, among others. Together with their families, they explain what it meant for them to go through this disease and the value of the video game during the process. The La Paz medical team also appears, led by Dr. Fancisco Reinoso-Barbero, head of the Pain Unit of the La Paz Children’s Hospital in Madrid, in addition to Dr. Mario Alonso Puig, Patron of Honor of the Juegaterapia Foundation, who they speak of their personal and professional experience.

Finally, the foundation calls for the donation of consoles after Christmas has passed, since it is the time when more platforms are usually updated as gifts. With the dissemination of the results of the scientific study, they also want to “reach the hospital medical directorates to include video games in the protocols of health therapies.”