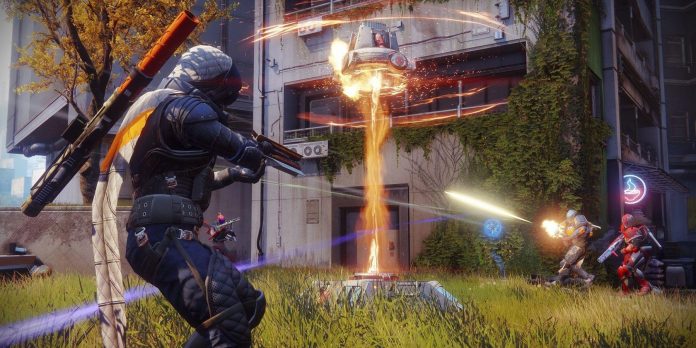 As one of the most popular live service games on the market, Destiny 2 is no stranger to all kinds of scams, especially when it comes to multiple competitive playlists like the Trials of Osiris. Bungie, however, has recently taken a fairly active stance on cheats and intends to sue the developers of cheats whenever an opportunity arises.

One of these creators of cheats for Destiny 2, AimJunkies, tried to hit back at Bungie in a rather roundabout way. Namely, AimJunkies sent subpoenas to Valve, PayPal and Google in the hope of showing that their cheats do not infringe Bungie’s intellectual property, only for all this to be immediately rejected by the judge.

Although some of Bungie’s lawsuits against Destiny hackers were dismissed in court not so long ago, the company seems to have a better case against AimJunkies. In particular, AimJunkies claims that Valve’s in-game Steam overlay is functionally similar to its cheat software. In addition, the company also claims that someone bought their cheats and gave them to Bungie for decompilation, which is a violation of their own terms of service. The judge, however, did not consider the arguments of the creator of the cheats to be justified and rejected them due to “lack of personal jurisdiction and inappropriate location.”

Bungie explained its approach to Destiny 2 scammers earlier this year when the company officially stated that all of these litigation efforts are part of its strategy to strengthen and improve its community by removing malicious, toxic elements. Stalkers are also being pursued to some extent, although cheat development services are an obvious priority target for any game that has competitive playlists, especially for live service games.

While Bungie has been in the midst of litigation lately, scammers are not the only malicious element that the company is following. In June of this year, Destiny YouTuber filed false accusations of DMCA copyright infringement against Destiny’s official media and a number of content creators, but soon after, a lawsuit was filed against him for $ 7 million. Initially, the situation portrayed Bungie in a negative light, as community members suggested that the company was cracking down on Destiny YouTubers in general, which could undermine its reputation in the short term.

Of course, the fact that Bungie is chasing scammers is especially relevant now that all Destiny 2 expansions are free for a limited time, which attracts more players to the game than usual. Since the developer is interested in suing the creators of the cheats, the probability that the scammers themselves will join the game and spoil it for everyone else, we hope, will decrease during the promotion, which will make Destiny 2 more enjoyable for ordinary players in all directions.

Batman 1989: The Missing Batwing Joker Was Actually a Brilliant Stunt