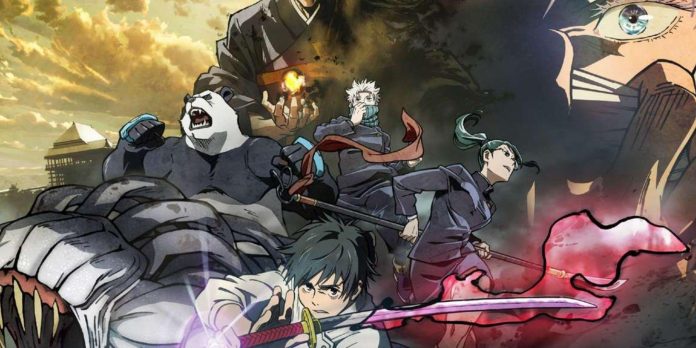 Yuta Okkotsu is a timid high school student, traumatized not only because of the bullying he faced, but also because of a very perverted curse. His late childhood friend, Rika Orimoto, died when they were younger in a tragic traffic accident, and after her death, Rika became attached to Utah, fully honoring their promise to be together forever. Now Rika is a special-level curse that has taken hold of Yuta and is prone to violently lash out at anyone who threatens him.

One of the worst incidents occurred when four students were stuffed into a locker. Possessed by a supernatural being from the same league as Ryomen Sukuna, Yuta is captured by the jujutsu authorities and must be executed until Satoru Gojo intervenes. Yuta, ready to accept death because of the incredible strain the curse has put on his life, sets out to learn more about the world of curses, promising to banish Rika one day and live a normal life again. However, deep in the shadows lurks a radical who plans to bring down pandemonium on the world and rid it of all non-sorcerers forever.

JUJUTSU KAISEN 0 eventually recounts Yuta’s personal journey with grief and how that grief led to a curse that affected his entire life, causing his isolated, lonely lifestyle. Through the familiar senen themes of friendship, victory over evil and senseless injustice in the world, JUJUTSU KAISEN 0 presents the grief of its protagonist and antagonist, juxtaposing two very different, but very similar experiences. Fate is also part of the JUJUTSU KAISEN 0 themed fabric; especially in one of the outstanding themes of the film – the juxtaposition of the main character of the series Satoru Gojo and his best friend, who became an enemy of Suguru Geto, who seeks to rid the world of non-sorcerers.

This depraved desire for genocide stems from Suguru’s own grief and anger at the obvious injustice of the world and the “lies” that are fed to him about the role of the strong in relation to the weak. Considering sorcerers to be true humanity, Suguru’s path to creating the utopia he represents involves renouncing his humanity through the consumption of curses, amassing an army so that on Christmas Eve he can envelop Shibuya and Kyoto with a sea of blood and curses. . Suguru calls the climactic event in the film “Hyakki Yakou” – “The Night Parade of a thousand Demons”, which is a direct reference to an idiom dating back to Japanese folklore.

This idiom refers either to an organized procession, or to an open riot, or to a parade of thousands of demons and supernatural beings that fill Japanese streets at night. This is comparable to the English concept of Pandemonium or Wild Hunting in various Northern European folklore.

The basic premise of Hyakki Yakou is that one night a year Nurarihen (the Demon Lord) must lead a legion of all existing yokai through the streets of Japan on summer nights. Anyone who gets into the procession will either die or be abducted. It is said that the only person able to pass through Hyakki Yako unscathed is the head of the ommoji clan — an exorcist or, in this case, a super-powerful jujutsu sorcerer.

Yuta Okkotsu is the main character of JUJUTSU KAISEN 0 and a man possessed by a special level Curse known as Rika Orimoto – The Queen of Curses. Although it was initially believed that Utah was cursed, he later realizes that Rika was unknowingly turned into a curse of her own free will after she died in a fatal traffic accident in front of Utah as a child. Unaware of his own hidden abundance of Cursed Energy, Yuta binds the dying Rika to the promise they made, effectively causing and creating an incredibly powerful curse caused by his grief. In the film, Yuta is presented in the same way as the main character of the franchise, Yuji Itadori, where both characters are sentenced to death because of their connection with incredibly strong curses and even saved from execution by the strongest sorcerer in the world. Satoru Gojo.

A Plague Tale To Become A TV Series With Production In...