Home News JPMorgan Announces What To Watch Out For In Bitcoin 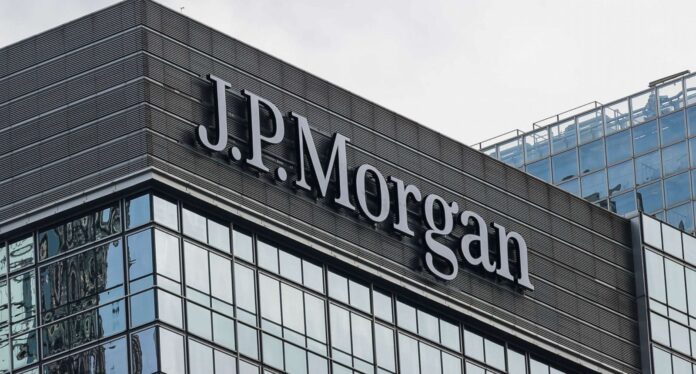 JPMorgan analysts explained what should be considered as a result of their assessment of the Bitcoin (BTC) price. According to strategists at the largest bank in the USA, investors should control the amount of capital flowing into corporate bitcoin funds.

Bitcoin (BTC) price surpassed $ 24,000, breaking the all-time price record. Bitcoin, which signed the best weekly closing in its history with its performance on Sunday, December 20, is trading in the range of $ 23,900-24,000 as of December 21. JPMorgan analysts prepared an analysis of the current state of bitcoin and explained what should be considered.

According to the BNN Bloomberg report, the JPMorgan team led by Nikolaos Panigirtzoglou prepared a report on bitcoin on Friday and shared it with investors. Analysts explained the increase in bitcoin price with the increasing number of institutional investors in the market.

Serving institutional cryptocurrency investors, Grayscale is rapidly increasing the amount of assets under its management. The total value of Grayscale’s bitcoin trust on December 1 was $ 10.2 billion. According to data dated December 19, this number rose to over $ 13 billion.

JPMorgan analysts announced that around $ 1 billion per month capital flows to institutional bitcoin funds. This institutional interest in Bitcoin is thought to serve as fuel for the rally in the cryptocurrency market.

Can the small investor affect the price?

Strategists at the US’s largest bank have also examined whether Bitcoin is in the overbought zone. As a result of the investigations, it is seen that the bitcoin price has entered the overbought zone, but this may not have negative effects.

According to experts at JPMorgan, the bitcoin price is rising as a result of the interest shown by institutional firms and investors. This limits the influence of the investors, known as momentum traders, on the market, based on daily movements and trading accordingly. According to JPMorgan analysts, the amount of capital entering crypto funds is “large enough to prevent momentum traders from adversely affecting the price.”

Bitcoin Can Rise To $ 40 Thousand According To The Data