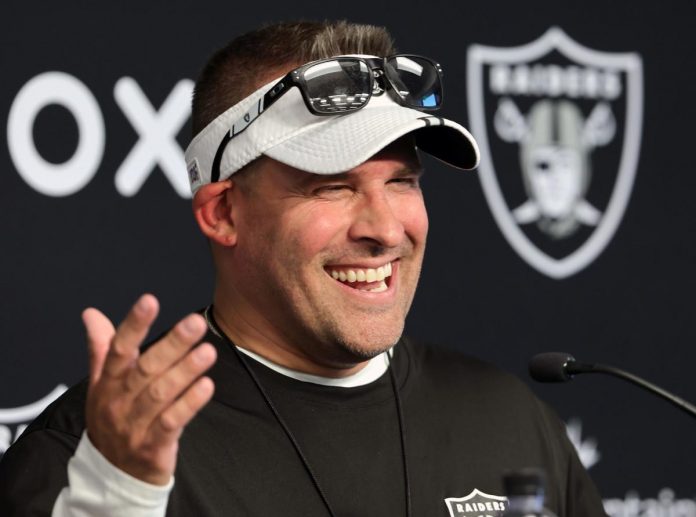 During practice, when quarterback Derek Carr rolled to the left, quarterback Malcolm Koons got too close. He hit Carr, who was wearing a red non-contact T-shirt at the time.

McDaniels made it clear that he was unhappy with the defensive ending, allowing a few brief words to fly by. Fans liked a bit of passion from McDaniels, and they suggested that Kunse might leave if he wasn’t careful.

“The easiest way to get a violation notice is to fuck with the QB, especially when the ringleader is the organizer,” one analyst said.

“McDaniels is always so calm during pressure, it’s nice to see him release fire when needed,” another fan said.

Others think Carr could use a little pressure.

“After the fourth week, when the Raiders are 1-3, he will beg Kunse to take Carr to practice,” another fan said.

What do you think of McDaniels’ reaction?