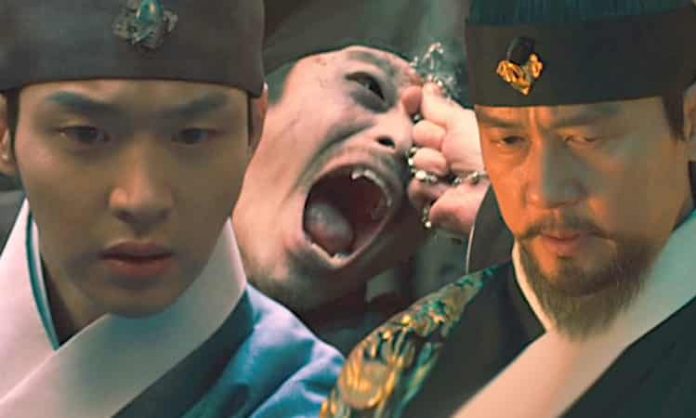 This is according to Korean media reports. According to an exclusive report by Ilgan Sports, Joseon Exorcist will be canceled after showing only two episodes due to the numerous controversies surrounding the production of the drama.

Finally, Joseon Exorcist will be canceled. After the content related to episode two is released, viewers will not be able to see the rest. PD Shin Kyeong Soo is currently in contact with the drama actors to notify them of the cancellation.

Even before Joseon Exorcist started airing, the show had different problems, with lead actors Lee Yu Bi and Jang Dong Yoon suffering injuries on the set while filming scenes on horseback.

We know that once Joseon Exorcista started broadcasting, the program received a setback for its interpretation of Korean history using Chinese products like eggs of the century and Chinese moon cakes. Due to their inaccurate representation, some 20 companies that previously promised to advertise for the show withdrew, including big names like BLACKYAK, Bodyfriend, Ace Bed, Hite Jinro and KT.

Even to avoid problems, but still broadcast the series on the network, SBS had said it would edit the controversial parts, but that was not enough, since more than 184 thousand people signed a petition from Casa Azul to withdraw the program . transmission permanently.

What do you think this Joseon Exorcist drama has been canceled?

Ratchet & Clank: A Dimension Apart Presents Rivet In a New...