Home Entertainment José Mourinho Criticizes The Influence Of Fortnite On His Players: “It’s A... 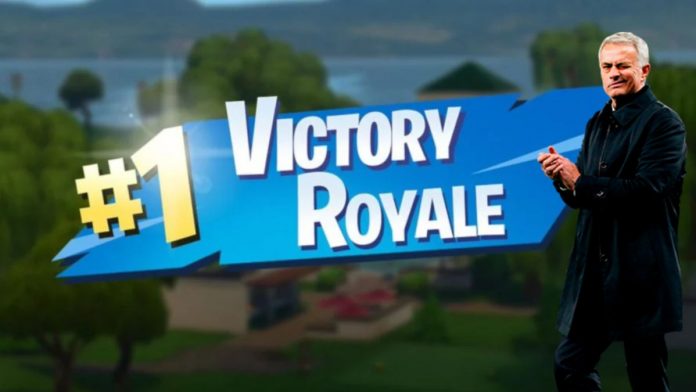 Fortnite: The eccentric AS Roma coach, who managed Real Madrid a few years ago, is not exactly happy with footballers who play at night. Fortnite has been one of the fashionable video games for years – and those that remain -. Epic Games’ popular battle royale boasts tens of millions of regular players, and it is a recognized fact that many celebrities enjoy the title in their spare time. Specifically, there are many professional footballers who have shown their love for Fortnite: Antoine Griezmann, Ousmane Dembélé, Sergio ‘Kun’ Agüero, Borja Iglesias are some of them. Of course, this is something that worries some coaches, who do not welcome their players spending too much time playing. And one of them is the always controversial José Mourinho.

In a video posted on Twitter by the official AS Roma account, we can see what the Portuguese coach thinks: “It’s a nightmare. Players spend the night playing that shit and the next day we have to play a game. ” For better and for worse, Mourinho is one of those football figures who always say what they think, and who never leave anyone indifferent.

Fortnite Season 7: everything you need to know

Epic Games’ battle royale is constantly evolving and offers something new almost every day. Especially now that it is in the middle of Season 7. For that reason, in MeriStation we offer you an extensive guide with great detail, in which you can find all kinds of information: Shadow and Spectrum skins, details of the Rift Tour event, how complete all the challenges of the week … and much more.

Age of Empires to star in digital fan event on April...