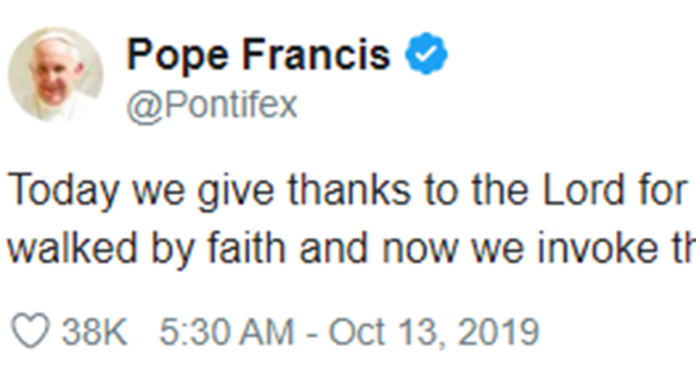 Jorge Mario Bergoglio has already expressed on many occasions that he is a football fan, San Lorenzo de Almagro being his favorite team. However, those in charge of their social networks let out a tweet from the official account of the pontiff who seems to support an NFL team.

“Today we thank the Lord for the new #Santos. They walk by faith and now we invoke their intercession,” is the message that can be read on Twitter. The publication seems to have been a misunderstanding, since the hashtag with the word “Saints” automatically displays the Louisiana team shield.

Today we give thanks to the Lord for our new #Saints. They walked by faith and now we invoke their intercession.

Interestingly, New Orleans is one of the most Catholic cities in the United States, with more than 40 churches around the city.

132-108. Harden and Westbrook give the Rockets the eighth straight win

Lampard expects Chelsea to finally win at home in the Champions...