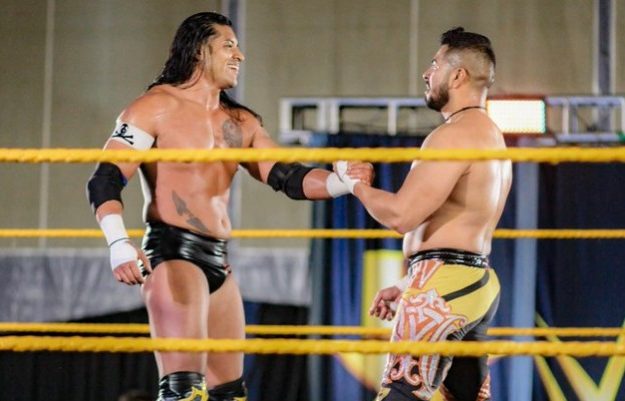 Jorge Bolly made his NXT debut after overcoming his knee problems at the live show held by the company in the city of Fort Pierce this past Saturday, February 15. The fighter as we had announced here , teamed up with his compatriot Raúl Mendoza.

What we still did not know was who were going to be his rivals and to the surprise of many were the recently signed for the UK division of NXT, Sam Stoker & Lewis Howley known as Pretty Deadly.

Here we leave you the complete results of the show and also some images of it.

Look: a pirate player is being fried for what he did...