Home Celebrity Jordyn Woods, The Tristan Thompson Scandal: She Comes Out Of Silence 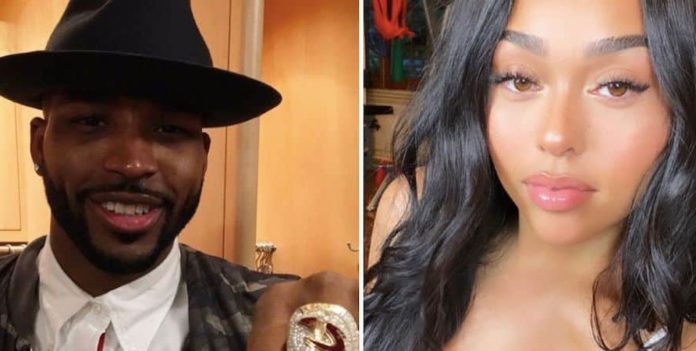 In an interview with Forbes, Jordyn Woods made several confidences about the scandal she had with Tristan Thompson!

It’s a story that is always talked about. It is the deception of Tristan Thompson with Jordyn Woods while he was still in a relationship with Khloe Kardashian. After months of silence, Kylie Jenner’s BFF has emerged from silence .

A SCANDAL IN THE KARDASHIAN FAMILY
It was a scandal that caused buzz for several months. While Khloe Kardashian was expecting her first granddaughter, darling, Tristan Thompson cheated on her for the first time. It was TMZ who released a video where we could see him kissing another woman . This betrayal would have caused the birth of the beautiful blonde. Annihilated by this news, it took a long time to forgive the sport. But the latter repeated his error with Jordyn Woods.

When Khloe Kardashian thought that Tristan Thompson was determined to dedicate himself to his family, he again made a mistake. But this time, with Kylie Jenner’s best friend. Jordyn Woods was also quite close to True’s mom. Eager to make matters clear , she spoke on the subject months later.

JORDYN WOODS CONFIDES IN THE SCANDAL
In an interview with Forbes, Jordyn Woods also said : “When all this happened to me, I had a reality check. And I realized what really matters in my life. I have learned that if you can find peace in yourself, you don’t need validation from anyone or anything. ”

Finally, Kylie Jenner’s ex-best friend also added: “It’s really about being content with who you are when you go to bed at night. For me, this is real success . Getting exercise was something that helped me get through it all. My father’s mourning, the scandals ” . It remains to be seen if things will work out between the young woman and the Kardashian Jenner family.

Kendall Jenner: All About Her Best Friend, Fai Khadra!