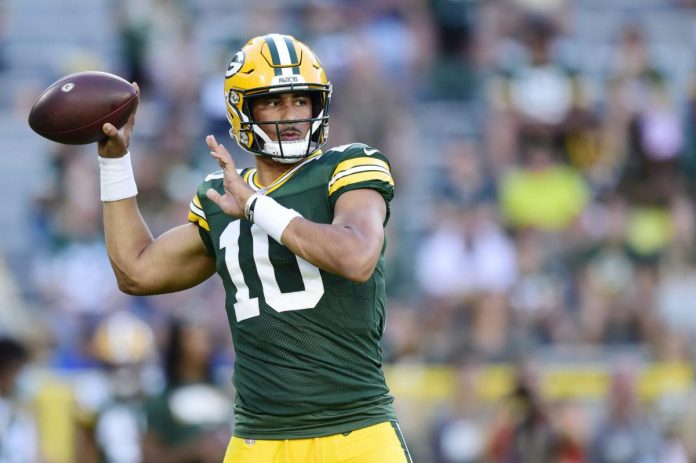 Jordan Love is preparing for his third season as a backup for superstar quarterback Aaron Rodgers.

During his young career in the NFL, the former first-round pick collected several unpleasant moments, which caused serious criticism from around the NFL world.

But on Wednesday, Packers insider Peter Bukowski shared an interesting video in which he compared some of Lava’s misfires to a young Aaron Rodgers.

The NFL world reacted to this interesting comparison on Twitter.

“Thanks for that @Peter_Bukowski Show ALL these haters that people don’t become All-Pro overnight in the league,” one fan wrote.

“To be good, you need to get comfortable,” said another.

“This is great stuff! Development… guys get better when they play and train more,” another added.

Now Rodgers, who became the league’s most valuable player in a row, didn’t become a full-fledged starter until four years into his NFL career. He received his first Pro-Bowl selection in year 5 and his first MVP in year 7.

Given the elite level Rodgers is currently playing at, Love won’t have a chance to spend more time on the field unless QB1 gets injured in the 2022 season.

Love has thrown for 289 yards, three touchdowns and three interceptions in two preseason games this year. He will wrap up the Packers’ preseason schedule with a game against the Chiefs tonight.

Desmond Howard named the biggest threat for Alabama this season