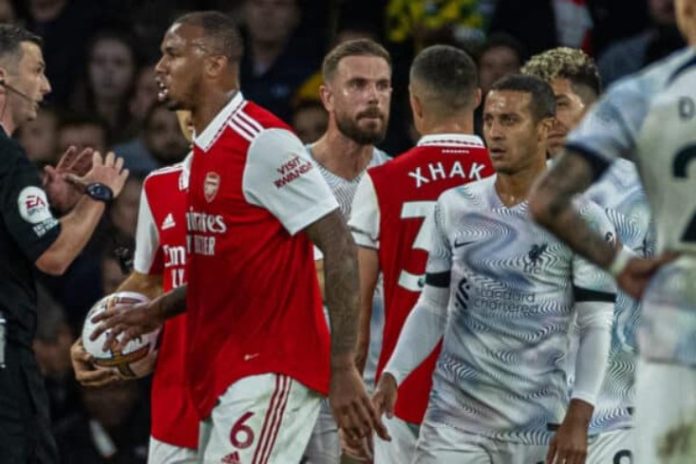 Jordan Henderson has responded after being cleared by the FA for an alleged offensive comment to Arsenal defender Gabriel Magalhais.

At the end of a 3-2 loss to Arsenal in early October, Henderson became embroiled in a violent incident with Gabriel, which led to a complaint to referee Michael Oliver.

Oliver then informed both Jurgen Klopp and Mikel Arteta about it, and allowed the game to play until the FA investigation.

It was suggested that Henderson made a discriminatory remark in Portuguese — the native language of Brazilian Gabriel — but this was later rejected.

This happened after receiving testimony from six players close to the incident, as well as independent linguistics experts, with the process described as “complete and thorough.”

It is clear that this was just a case of misinterpretation, and despite the claims made against him, Henderson has now spoken out with maturity about the situation.

“I understand why I need to be asked about this, but I tried to respect the process,” he told Mail.

“I used to say that black players were brave enough to talk about discrimination, so I couldn’t change my position.

“I still feel like I have to show respect now, even though it’s already been dealt with.

“I let the FA do what they had to do and I still feel it would be wrong of me to talk about it.

“It is just as important to respect the process afterwards as during the case review.

“I could talk to you all day about my feelings, but I have to accept what happened and move on.

“By the way, it wasn’t easy. I wanted to say a million and one things — emotional things — but I think that would be wrong.

“I have not changed my opinion that people should be able to express themselves if they feel that they have been treated unfairly.

“It changed my thoughts about the accused person a little, but if people feel that they have been discriminated against, they should come forward.

“It would be wrong if I sat here and said how hard it was for me, because another person is involved in this.

“It was sorted out, and it was another instructive experience in my life.”

It is reported that the Saints are cutting a famous quarterback

The reaction of the college football world to the unexpected news...