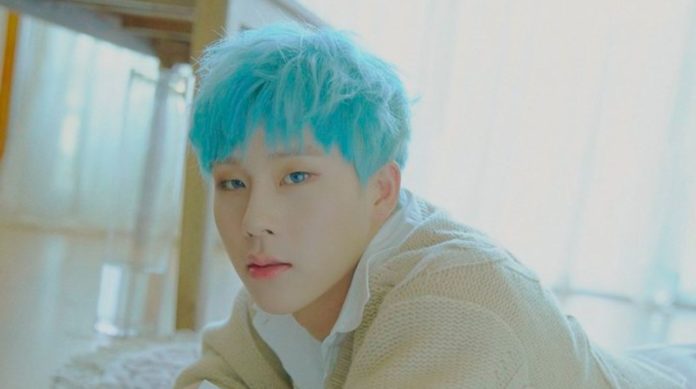 The idol greeted Monbebe and gave updates about his status. Earlier, Starship Entertainment released a statement informing that Jooheon had symptoms of anxiety , so after medical examinations it was determined that the idol would take a break to work on his health .

The hiatus was announced as undefined , as the agency assured that everything would depend on the progress that the artist presented with the help of rest and treatments.

The situation worried Monbebe , a fandom who has had to endure difficult situations in recent months. Recently, fans have had the surprise of an appearance of Jooheon in the coffee fan of Monsta X , where the idol decided to open his heart to share some updates

In that post, Jooheon confesses that he is in a difficult situation, feeling weak mentally and being treated with medications, so he wishes to be able to recover soon.

“I want to return, but I am in the process of returning as a Jooheon who is more amazing to Monbebe being in a better condition.”

Finally, the idol asks his fans not to get carried away by what they see, because although he has not shown a public interaction with his groupmates during the birthday of Hyungwon and IM , he made sure to contact them to congratulate them.

BTS DISCLOSES THE FIRST ADVANCES OF THE ‘BLACK SWAN’ CHOREOGRAPHY

Kelly Vedovelli insulted by a surfer: she replies!