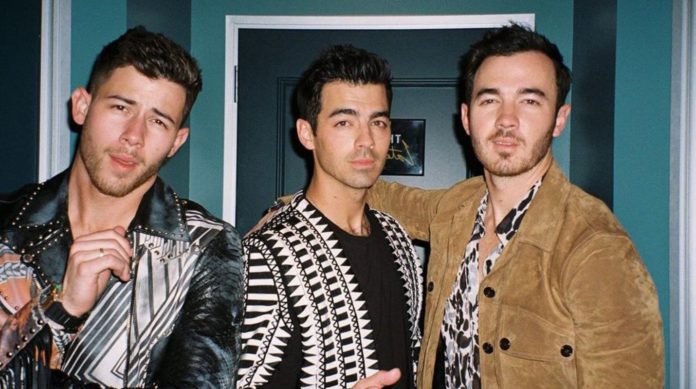 Although their world tour ended recently, the group was already working on new songs for the next album.

After a 6-month tour in which the Jonas Brothers visited 12 countries and offered more than 90 concerts, Nick has taken a moment to start other activities, which is how he has started a new stage in his career where he He has become judge of the new season of the Voice program.

However, despite his alternate activities, Nick said the Jonas Brothers will be very soon back , thrilling fans around the world despite not giving many details. Not long ago, the Jonas Brothers released the single ‘ What A Man Gotta Do’, along with a video by Priyanka, Sophie and Danielle , but that would only be the beginning of a new adventure.

Ready to hit that button. LET'S GET IT. LET'S GO. The #VoicePremiere starts right now.

According to Nick’s statements , the group has been in the studio with Ryan Tedder, a key piece in the Happiness Begins album and who collaborated with some of the most popular singles, such as Rollercoaster, Cool and Sucker.

The Jonas want to repeat that combination that has been a winning formula and anticipated that the last single they released may be a reference for the sounds they will be presenting in their future record material.

The singer said it will be a matter of a couple of weeks for the official announcement of the album to be brought to light, revealing the name and other details of that new production. Are you excited for this album?

Malika Menard in pink in blue jeans: its look is a...

Meghan Markle accused of being a bad mother: the scandalous photo!