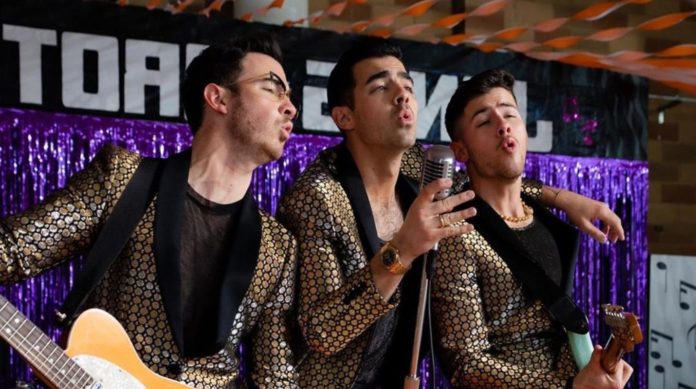 The brothers seize Tik Tok once again with their imitation skills

The band of brothers from New Jersey has made the world crazy after returning to its origins recreating one of the most representative scenes of Camp Rock , a film starring Joe Jonas and Demi Lovato , and also has the participation of his brothers Kevin and Nick .

After entering the world of Tik tok , the Jonas Brothers have already caused a stir with different videos in their account, such was the case of their recreation of the famous discussion among the Kardashian .

The impact was even greater when the Jonas decided to recreate one of the initial scenes of their famous Disney movie , which aroused the nostalgia of many fans to remember the time when they made themselves known to the world, acquiring great popularity.

Despite this, the fact that they chose to characterize themselves with their old looks accompanied by an imitation of their acting beginnings caused not only the surprise but also a great laugh at their followers.

To complement his feat, the boys’ account also shared a video of Joe coming out of a limo in the style of Shane Gray .

Bella Hadid makes a donation to the food bank facing the...