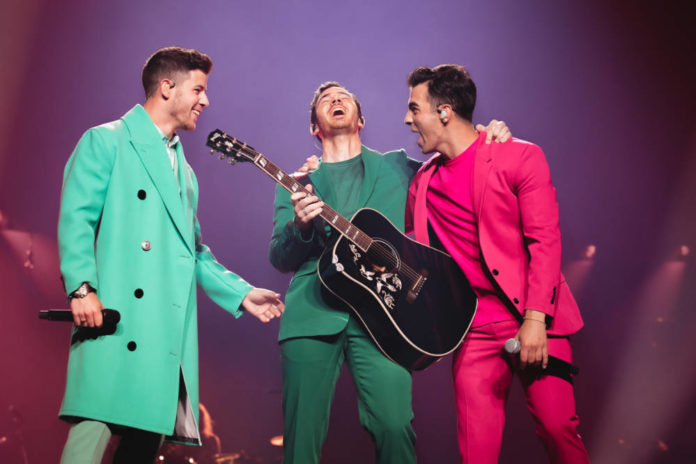 The collaboration had its premiere during the film Happiness Continues.

The group of brothers originating from New Jersey have given their followers great happiness with the premiere of a new documentary about their latest tour , but surprisingly this release was also accompanied by new music and an unexpected collaboration .

From one moment to the next, the Jonas announced a Concert film that they had prepared together with Prime Video during their last tour, a film that goes by the name of Happiness Continue . With their premiere a few hours after the official announcement made by the group and the streaming platform , their followers were able to relive the incredible experience of seeing them on stage performing the songs that have accompanied much of their lives.

#HappinessContinues is officially out now and it's surreal to be able to share some of these moments with you guys. We had a blast getting out on the road again and hope we get to do it again soon. Watch the doc directed by our guy @anthonymandler on @amazonprimevideo!

Seeing Latin America being represented in this documentary thanks to the outstanding participation of Mexico marked one of the special moments, but a second surprise appeared when the credits of this production began, an unknown melody appeared.

The song has a festive, energetic and lively spirit, Nick’s voice is followed by Joe’s , while we listen to a melody on the guitar performed by Kevin . The Latin American influence was manifested again in this piece, both in the background music and in the voice, since after the second chorus a female voice appeared singing in Spanish.

This is Karol G , who according to the credits participated in the writing of this song called ‘ X ‘ along with other talented people, including Nick Jonas . It is believed that this song could be released as part of the Jonas Brothers’ next album , although there is also the possibility that it will be released as a digital single just like Runaway , the song they recorded last year with Sebastián Yatra, Daddy Yankee and Natti Natasha .

All about the return of Super Junior to Mexico