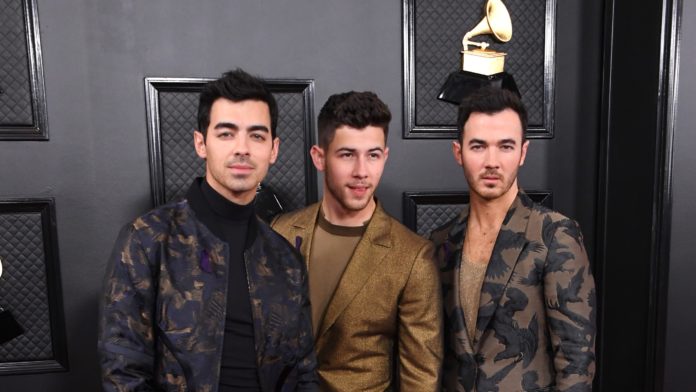 The Jonas Brothers join the challenge of drawing with the nose. This is how siblings have fun while quarantine keeps them apart.

The quarantine has many people studying and working from home, however, there are also some others who are spending the holiday period without being able to leave, therefore, many activities have resurfaced to give entertainment , re-open a session in ask, draw fruits in Instagram stories and remembering topics that were viral years ago have been some of them, but what are the Jonas Brothers doing during this time?

Previously, Joe and Sophie shared a bit of their activities building Lego scenarios from home , but Joe has also been very active through their Instagram stories, joining some challenges through filters that the application has available.

He recently published a video where, following the rhythm of the music, he had to follow the pattern of movements with his hands that indicated the emojis randomly launched by that filter , shortly afterwards a new filter appeared before Joe and he did not hesitate to join the challenge. It is a filter that indicates a figure that you must draw in 5 seconds, the best part is that your nose is what will serve as a pencil to trace the indicated shapes. Joe had to draw a bicycle and although the result was not perfect, he was on the right track, in his publication he nominated his brothers Nick and Kevin, who later showed their results.

Kevin had to draw a simpler figure, an ice cream cone and we could consider that he did it . When the turn came to the youngest of the group , the application asked him to draw a Mickey Mouse, a very interesting coincidence due to the past that the boys have with the Disney company .

A gesture from Nick indicated surprise at the mission he had to complete and began to move his face to trace the silhouette of Mickey. The few drawing skills of this singer have amused his fans on several occasions in the past and this was no exception, although this time the culprit was the cap he was wearing, which interrupted his line and disappeared what little there was. drawn.

Among the stars Nick nominated to continue this challenge were Priyanka Chopra, Cole Sprouse and NFL player Patrick Mahomes, do you think we can see him meet the challenge?