Home Sport Jon Jones on the possibility of going to WWE: “It’s inevitable” 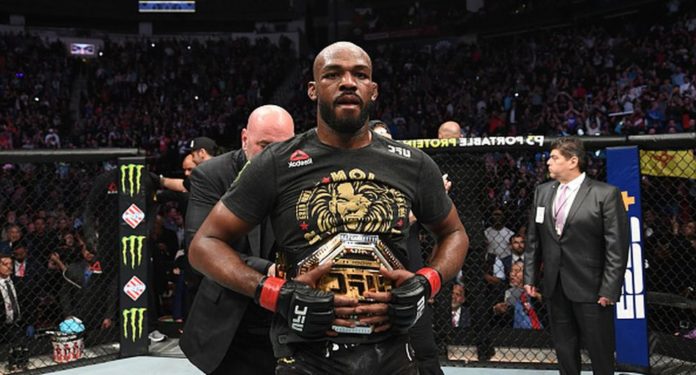 Jon Jones on the possibility of going to WWE: “It’s inevitable”. In a recent interview, the light heavyweight champion talked about a possible entry to the McMahon company.

There are fighters from the UFC who sweep their division and then decide to step aside, and go try their luck at WWE . Brock Lesnar, Ronday Rousey and Caín Velásquez are good examples. The first two are success stories; The third is in process.

Now, another mixed martial arts fighter who would be thinking of entering the McMahon Empire is the current light heavyweight champion Jon Jones , who in an interview with Sports Illustrated said that going to the world of wrestling “is inevitable.”

“I have always respected WWE and I feel that sports can be very similar. I have the size and the physical. Having the opportunity to show me, even as a special guest, would be a dream come true, ”added ‘Bones’.

Jones has just retained his light heavyweight title at UFC 247 after beating Dominick Reyes in a controversial decision. For many, the latter was the real winner. Therefore, it is possible for a rematch to materialize. However, if this does not happen, Jones could go up to full weights as he has been thinking in recent months. Everything is possible.

Watch: PETA Has a Request for the Legendary NFL Quarterback