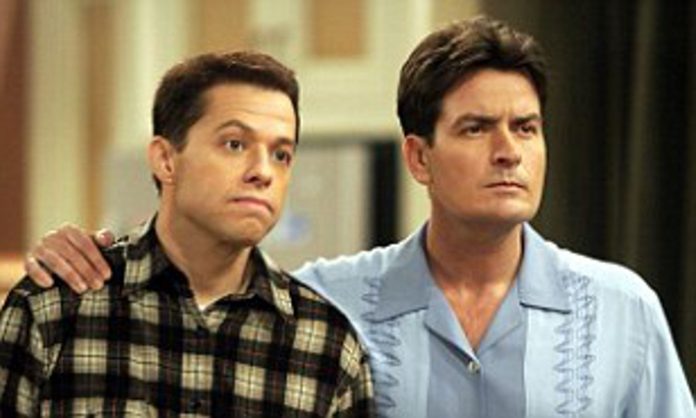 One of the lead actors until season 8 of the CBS comedy series Two and a Half Men, Charlie Sheen, abruptly left the show due to addiction problems. And actor Jon Cryer, who played Alan Harper, commented to a medium, that having worked with Sheen, was being on a “roller coaster of emotions.”

In the interview, actor Cryer said he remembers him fondly as he was his co-worker for the 12 years the show ran, but he was not ready to work with him again. However, he also revealed about a tense moment that was experienced on set alongside Sheen in Two and a Half Men.

According to Cryer, at the beginning of the program everything was fine, but later, Sheen maintained an erratic behavior that did not allow tranquility in the workplace, which led to the affectation of the cast of the comedy series

“Charlie and I really got along. We had a great first few years on that show.”

It should be noted that at that time Charlie Sheen had stopped using drugs. But due to the breakdown of his marriage relationship, he began to use them again.

“At first he could handle it, and he was still incredibly professional, and still charming, by the way, with everyone on set, but you could see things were wearing him down.”

In addition to this, the actor also commented on a moment of tension and confusion on set, thanks to the behavior of Charlie Sheen.

“One of the first **** storms on the internet, plus the fact that all of our jobs are tied to this guy, and we’re all his friends. It was very, very strange and [there were] aspects that I absolutely hated, but you know, I’m thankful for the years that were great. ”

Obviously, there can be no doubt that this kind of behavior was what led Charlie Sheen to his sudden departure from the comedy series Two and a Half Men.

Suga’s mysterious photo as a baby

Selena Gomez has a blast on her song “Boyfriend” on Instagram!