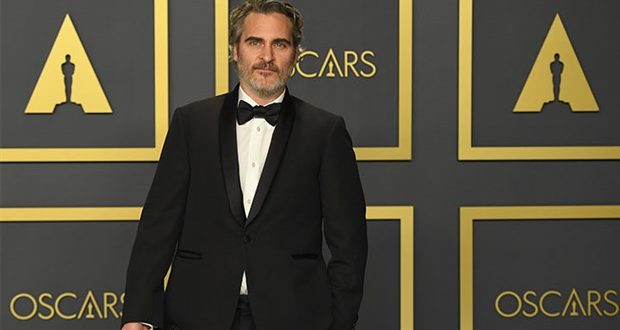 The 2020 Oscar Awards found their owners with a ceremony. Joaquin Phoenix, the leading role of Joker, one of the most remarkable films of the year, was awarded the Best Actor award as expected. His prize speech was just as bounty as the Joker movie.

We left behind the 2020 Oscars that Brad Pitt received for the first time in his life, the South Korean Parasite film made history. One of the moments that was expected at the award ceremony was that Joaquin Phoenix, who had a success in Joker and acting books, received an award.

Joaquin Phoenix did not receive the Oscar, but did not make a heavy or funny thank-you speech, like any other winner. The actor, who had a jerky life, had traces of his character from the Joker character, which extended both from his life and to the award.

Phoenix’s excellent speech at the award ceremony:
“I am full of gratitude right now. I do not think I am higher than my other candidate friends, or any person in this hall. Because we all share the same love, the love of the movie, and this way of expression has given me an extraordinary life. I don’t know where I would be without it now.”

“But the greatest grace that he bestowed on me and many in this industry was the opportunity to use our voices for the silent. I thought of some of the disturbing issues that we all collectively faced.”

“From time to time, we advocate or have to advocate for different cases. I see a common denominator. We are talking about the fight against injustice, whether gender equality, racism, gay rights, indigenous peoples’ or animal rights.”

“We are talking about the struggle against the right of a country, a people, a race, a breed, a species to another, to dominate, use and control it without being sanctioned. I think we are far from the natural world. we commit the crime, we believe that we are at the center of the universe. ”

“We go to nature and plunder their resources. While it is impossible not to hear their bellow, we see the right to artificially fertilize a cow and steal her cub. Then we take the milk that she produced for her cub and put it in our coffees and corn flakes.”

“We are afraid of the idea of ​​personal change. Because we think that we have to sacrifice something and give something to it. But when people are at their best, we are so creative and ingenious that we can find and implement change systems that will benefit all the beings and the environment that have feelings.”

“I was one of the lows in my life. I was selfish. From time to time I was a cruel, hard-to-work man. But I am thankful that many people in this hall today gave me a second chance.”

“When we support each other, we reach our best state. I am not talking about the times when we educated each other, but saved each other because of our past mistakes. At the age of 17, my brother [River] wrote the following lyrics:” Run for help with love, will come after peace. ”

Phoenix’s brother River died in 1993 at the age of 23, due to overdose of drug use. Joaquin Phoenix witnessed what happened that night and called an ambulance to rescue his brother. The Phoenix family was also a family living in the United States as an immigrant before their children started to rise in their acting career.